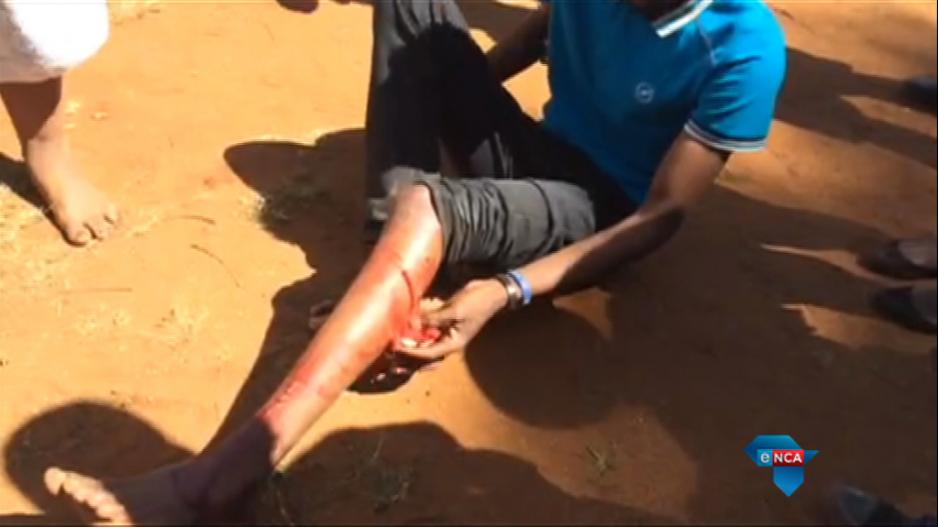 Police and residents of Gugulethu informal settlement in Springs faced off over service delivery protests in the area Monday.

SPRINGS – More than a dozen people have been arrested following violent protests in Gugulethu informal settlement in Springs, Ekhurhuleni.

The action is sparked by increasing crime levels in the area.

Residents claim there is a syndicate terrorizing the community. They said rape, murder and mugging is on the increase and police service is dismal.

“People are being raped and killed in Gugulethu everyday. Last month we have reported more than 300 cases to the police but nothing has happen.  Criminals are on the street because they bribe our police. Now we don’t need these police. We will solve this problem without their help,” said Gugulethu resident, Mpho Baloyi.

One shack belonging to a suspected criminal was set alight. A female pensioner was among the injured.

Ekurhuleni Metro Police Department spokesman Clifford Shongwe said the arrested will appear in court on Tuesday and police will remain in the area.

“Welgedacht Road will remain closed. Motorists are advised to use alternative routes. We will engage with community leaders soon to resolve this problem,” said Shongwe.

The situation is calm but tense.