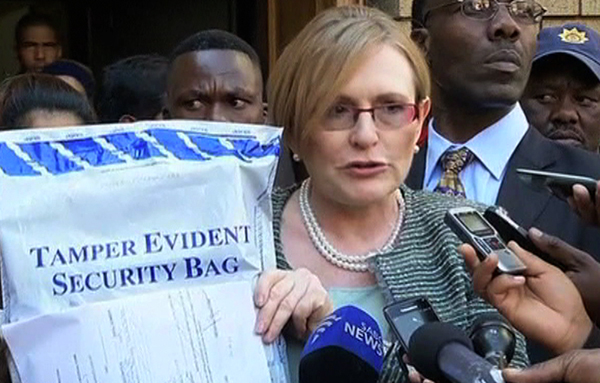 PRETORIA - President Jacob Zuma is set to continue his fight to avoid his day in court over corruption allegations.

The Democratic Alliance is applying to have the graft charges dropped in 2009, reinstated against the president. These relate to alleged bribery linked to the arms deal.

The tapes contain information that allegedly show political interference and manipulation in the NPA&39;s decision.

The DA&39;s James Selfe is confident they&39;ll win the case, but the Presidency has rejected the move saying it’s an abuse of process to advance a political agenda.

On the eve of the start of the review of the 2009 decision to drop corruption charges against Zuma, the Presidency defended the decision by the National Director of Public Prosecutions (NDPP) as “rational”.

In a statement issued late on Monday night, the Presidency said: “The Court Application has been relentlessly pursued over a period of some seven years and seeks to review and set aside the NDPP’s decision. The President has always contended that the court proceedings are an abuse of process by a political party in order to advance a political agenda.

“Through his submissions to the High Court, President Zuma will maintain that the decision of the NDPP was rationally derived at, as evidenced by the reasons advanced and accordingly, will withstand any scrutiny.”

The charges stemmed from the country’s 1999 arms deal and the decision by then acting NPA head Mokotedi Mpshe to withdraw these, paved the way for Zuma’s election as president the following month.

The DA went to court soon after, but the actual review has been more than six years in the coming because of a lengthy case within a case to secure the release of the so-called spytapes, wiretaps of phone calls Mpshe said indicated that the timing of the charges was manipulated by supporters of former president Thabo Mbeki.