Staff back students in Stellenbosch protest 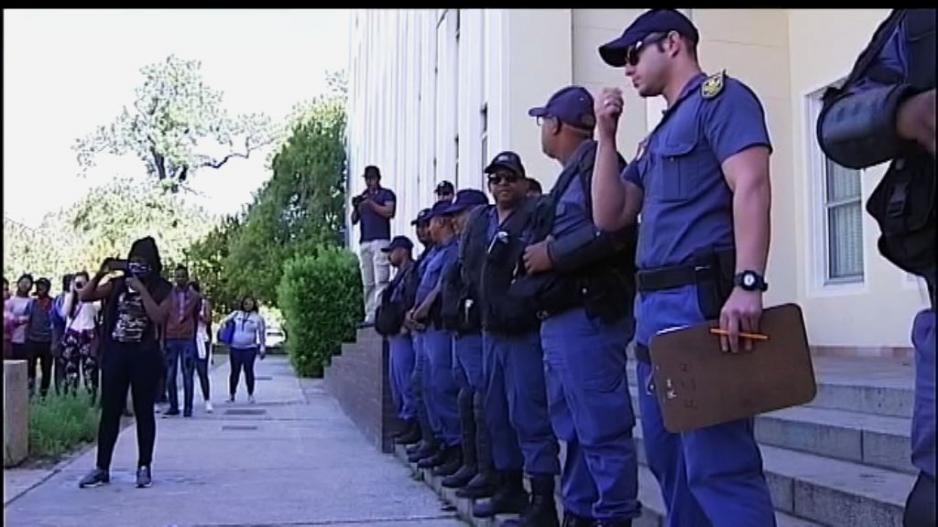 JOHANNESBURG, 18 October 2016 - Academic and support staff at Stellenbosch University say they're tired of management's inaction and silence on this national conversation.

CAPE TOWN – Academic and support staff at Stellenbosch University have come out in support of the Fees Must Fall movement.

They have also called for police and private security guards to stop using violence against protesting students.

The group said they're tired of management's inaction and silence on this national conversation.

A staff member, who refused to be identified, said security numbers are getting bigger, while protests are waning.

She claims she was followed home by a private security vehicle.

“We need to begin to think, what is it that we should be doing. Because I feel as implicated in what many of my students are experiencing. I sometimes feel ashamed to be a staff member,” said associate professor, Ronelle Carolissen.

Two students were arrested this week, while 12 suspended students are undergoing disciplinary processes.

One student has thus far been expelled.

The academic programme remains on track at the university, under a heavy police and security presence.