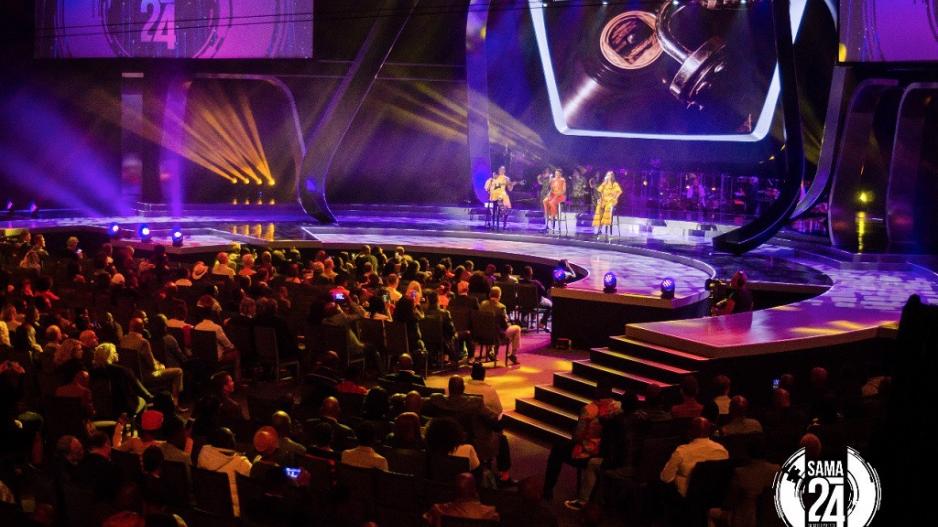 The South African Music Awards (SAMAs) are taking place in Sun City. This year marks the 24th edition of the biggest event on the South African music indsutr's calendar.

This year marks the 24th edition of the biggest event on the local music industry&39;s calendar.

The event, which takes place at 8pm on Saturday night, is being streamed live on Facebook this year.

Dancer, choreographer and reality star Somizi will once again be hosting the ceremony.

The first night of the awards was not broadcast live.

Shout out to Joyous Celebration who won the Award for Best Selling Album. Cheers to making good music and getting that paper! SAMA24 pic.twitter.com/sfkWplqM7U

The CAPASSO Best Selling Digital Download Composer’s Award is taken by Timothy Bambelela Myeni. Huge congratulations to you, may you continue to prosper. SAMA24 pic.twitter.com/Rb2TKNSSBL

Dankie Mobi Dixon for adding spice nyana to our favourite songs, to say thanks, the Remix of the Year is awarded to you! SAMA24 pic.twitter.com/0QdZdO4iFk

Skill, technique, precision, a few of the many qualities it takes to create the Best Engineered Album of the Year, that’s why Howard Gomba & Themba Sekowe (Mafikizolo) take the award SAMA24 pic.twitter.com/tTmupmxV83

It takes pure musical genius to produce a whole album that’s appealing to the ear and heart, so without a doubt the Best Produced Album of the Year goes to Dominic Peters & David Poole (Goldfish) SAMA24 pic.twitter.com/bdC8Dd1H3B

Captured by not only the sound but by the astounding visuals Alex Fynn (Rouge) takes home the Best Music Video of the Year Award for Arumtumtum. SAMA24 pic.twitter.com/eifdy9lXM5

Cliche but a true say, two or more is better than one.Congratulations to the winners Sun_El Musician ft Samthing Soweto for Best Collaboration. SAMA24 pic.twitter.com/3JS9rNW0wM

Steve Kekana, Mbongeni Ngwenya and the late Spokes H will be honoured with lifetime achievement awards.

Musician Ntando Bangani says he is humbled by his nomination for his album Mayibuye.

He sat down with eNCA&39;s Lindiwe Sithole.

This year&39;s Samas have their fair share of controversy, with complaints from fans that their favourite artists - such as Cassper Nyovest and Babes Wodumo - are being excluded.

Some fans and artists are boycotting the event.

The Recording Industry of South Africa (RISA) announced that Swazi-born singer Sands and DJ Mobi Dixon were taken off the nominees&39; list.

RISA says Sands is a foreign national and that the Dixon song nominated is a remix of an international song.

Tonight is the night that you’ve been waiting for. It’s the SAMA24 Awards and it’s going to be a party! These are the categories which will be announced tonight. Are you ready? pic.twitter.com/YRUYTPwkJA