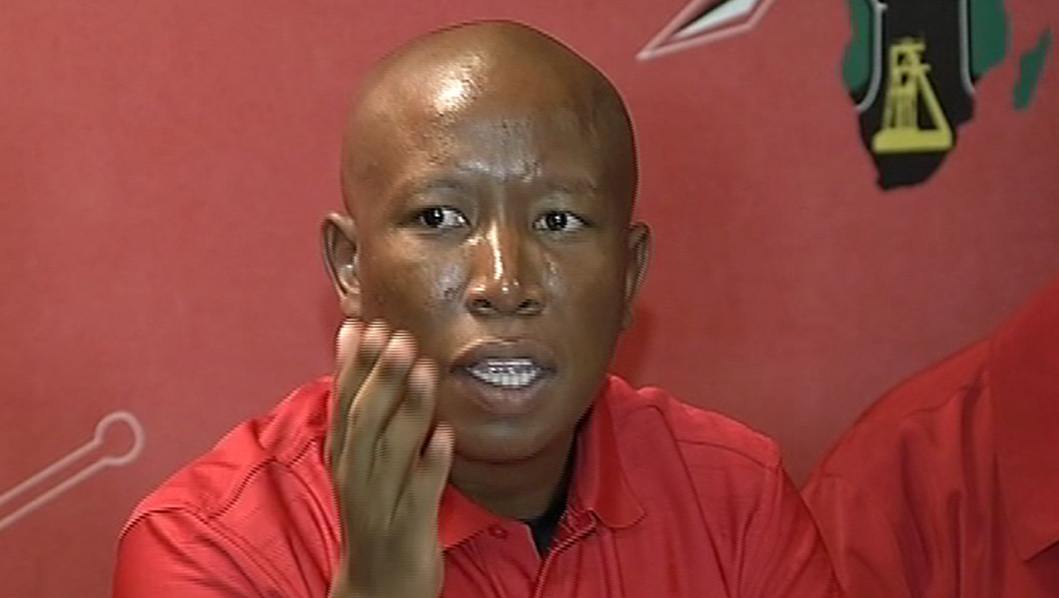 JOHANNESBURG 8 June 2017 - EFF leader Julius Malema says the DA could fail to remove the ANC from government in 2019 if it continues to disrespect coalition partners. Malema also warned the party not to allow Helen Zille to become the Zuma of the DA.

He says the South African Institute of Chartered Accountants and Nombembe, its CEO, are captured.

"... yet he is going to investigate state capture! The deputy chief justice should have known this if he followed issues in South Africa and who are possible suspects," said Malema.

"We in the EFF intend to call Nombembe to answer in a commission. How is he going to answer if he is the investigator himself? Deputy Chief Justice [Raymond Zondo] is starting on wrong a footing, I am warning you South Africa," he said. "We may find that the intention was good but something else may be the different product here."

Malema said the EFF will monitor the commission and keep a close eye on each and every individual including the ones "in the printing room and photocopying room".

He says the EFF is suspicious that there is something wrong with the commission.

Zondo announced his inquiry team on Wednesday and that Nombembe would head the investigation of state capture.