State corporations on the brink of collapse 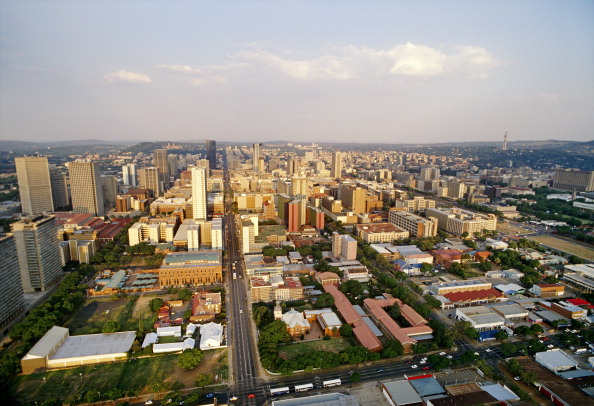 Despite regular black outs, pot holes and faulty traffic lights, Johannesburg has been given a thumbs up for its money management.

JOHANNESBURG - The state-run corporations that have shaped South Africa&39;s economy and been part of its everyday life for nearly a century are mostly in a state of collapse, threatening to crush already weak growth.

Economists estimate that underperformance and inefficiency in state-owned firms ranging from power utility Eskom to South African Airways (SAA) to the postal service is lopping 2-3 percentage points off annual growth.

"If we do all the calculations, most probably a lot of the missing growth in the economy is because state companies are not working," said William Gumede, a professor at the University of the Witwatersrand School of Governance.

Her fledgling online perfume shop is facing ruin due to late deliveries by the South African Post Office, whose slogan is "We Deliver, Whatever It Takes", but which is tipping into financial failure.

"It is ruining my business and my reputation but I cannot afford to use private couriers," Nduna said, lamenting her reliance on a postal service that ran out of money for fuel for its delivery vans this month.

Telecommunications Minister Siyabonga Cwele has called it "an aircraft in urgent need of a pilot". It is losing R100-million a month due to poor financial management, despite a R1-billion ($77.34 million) loan guarantee from the state.

State-owned companies, which currently account for about 20 percent of all capital investment, have arguably always been a drain on state resources.

They have underpinned the economy since the 1920s when enterprises such as Eskom and the South African Iron and Steel Corporation were set up to provide infrastructure, basic materials and services after the First World War.

By the late 1980s the government directly or indirectly owned almost 40 percent of the industrial sector, greater than that in any country outside the communist bloc.

Many so-called parastatals were viewed as unprofitable, dependent on state funds, and their strong association with the apartheid government allowed cronyism to flourish; jobs were reserved for whites, mainly Afrikaans men.

When Nelson Mandela took office in 1994, state entities became the engine of efforts to correct racial and economic imbalances, sucking up vast resources to roll out electricity and other essential services to the black majority.

But affirmative action under President Jacob Zuma has bloomed into cronyism, analysts say, with competent candidates often overlooked in favour of political appointees. There are as many as 700 parastatals employing hundreds of thousands of people.

"We inherited a monster and we didn&39;t make it any better. With a few exceptions, I don&39;t believe overall we have quality leadership in the state-owned enterprises to drive economic growth," said political analyst Gary van Staden of NKC African Economics.

Finance Minister Nhlanhla Nene singled out electricity shortages - partly blamed on mismanagement at Eskom - as a "binding constraint" on GDP growth, forecast at an anaemic 2 percent this year.

Eskom, which halved its net profit in the financial year to March and needs to borrow more than R20 billion ($1.6 billion) to refurbish its ageing infrastructure, has implemented rolling blackouts to avoid overwhelming the national grid.

It has been a revolving door for executives since a former boss, Jacob Maroga, was forced out in 2009, months after the national grid came close to collapse, forcing mines and smelters to shut down.

Since April, it has been led by respected former Treasury official Brian Molefe after his predecessor quit amid a probe into the running of the firm, as it suffered its worst power crisis since 2008. Its chairman also resigned.

SAA, which reported a R2.6 billion loss in 2013/14, has ploughed through six CEOs in as many years. The Treasury, which has assumed administrative powers over the airline, has issued more than 14 billion rand in loan guarantees.

"It&39;s fair to say that many of the appointments are payback for favours, ways in which people are kept loyal, which can be extremely damaging," said independent political analyst Nic Borain.

Nomura economist Peter Attard-Montalto suggests a possible solution is to strip the government of the power to make senior appointments and force it to reassess empowerment.

"South Africa needs to ask which is more important - the degree of empowerment within parastatals or the proper and cost effective functioning to prompt wider growth and job creation in the economy," he said.

Trying to contain a budget deficit of 4 percent of GDP and keep its credit rating above junk, Pretoria has vowed to curb bail-outs but has refused to consider privatisation, a thorny issue in a country with a high unemployment rate.

Shortly after the African National Congress came to power, plans to seek equity partners in telephone company Telkom and SAA triggered protests from labour unions - a crucial ANC support base - over the threat of job losses.

Telkom was eventually partially privatised, but critics say it was bungled as it was not accompanied by necessary regulation of the sector, stifling competition.

A rare bright spot among parastatals is freight and logistics group Transnet. It owes a financial turnaround to Molefe and fellow former Treasury official Maria Ramos, and is on track with a 312 billion rand plan to expand its railways, ports and pipelines by 2019.

Analysts hope Molefe can weave the same magic at Eskom, but say state firms have little prospect of effectively turning themselves around without allowing some participation from the private sector.

"The argument often propagated against privatisation is that the poor would not afford the services of those companies," Borain said.

"But maybe what is needed is that state companies should not be monopolies. There should in all cases be provision for the private sector to be able to compete in that space, or for public-private partnerships to be encouraged."