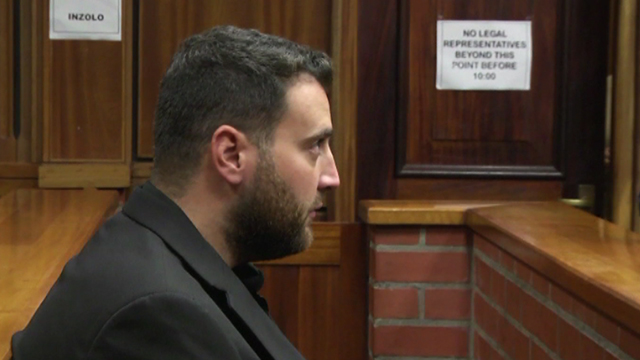 Johannesburg, 14 May 2015 - Jade Panayiotou's husband is expected to apply for bail when he appears in court on Thursday morning. The state is trying to prove Christopher Panayiotou arranged the hit on his wife.

PORT ELIZABETH – On Wednesday the bail hearing of Christopher Panayiotou will resume at the Port Elizabeth Magistrate’s court.

Panayiotou has been charged with conspiracy to murder his wife Jayde and defeating the ends of justice.

Prosecutors are expected to argue that Panayiotou&39;s affair with an employee drove him to murder his wife, because he couldn&39;t afford the costs attached to being with two women.

Panayiotou has not disputed that he was involved with the woman, but it remains unclear if the state has any financial evidence to prove that the 28-year-old was under financial pressure.

Crucial to the state&39;s case against Panayiotou is a video recording of a meeting between him and bouncer Thando Siyoli.

In that recording Panayiotou is allegedly heard berating Siyoli for the attack on his wife, which he says was supposed to be a robbery in front of the couple&39;s complex, and complains that Jayde&39;s watch wasn&39;t taken.

He tells Siyoli that "you guys went overboard".

Panayiotou&39;s lawyers are expected to argue that the recording amounts to entrapment and is inadmissable. They will also claim Panayiotou met with Siyoli after being encouraged to do so by a police officer.

The state is also expected to reveal how police tracked the alleged hitman in the murder by tracing the rented car used to abduct Jayde - and then tracking its movements to the place where she was shot.