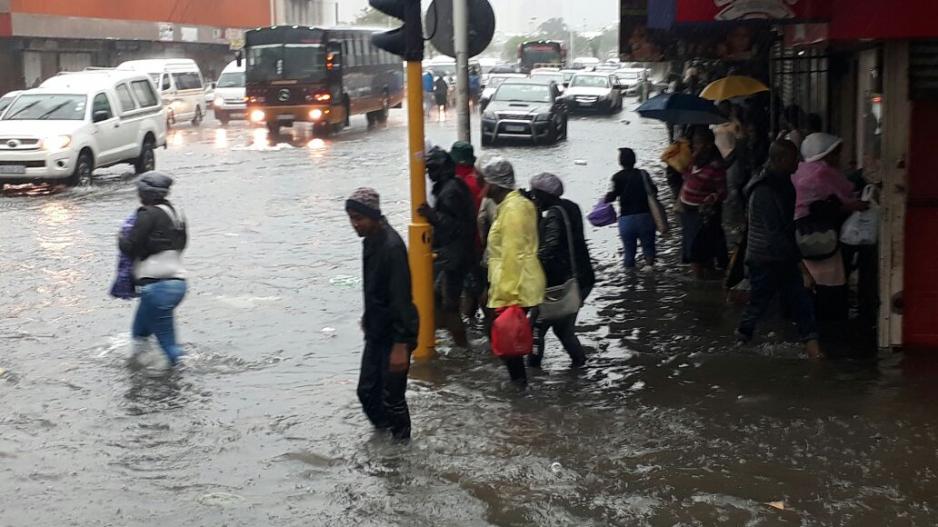 JOHANNESBURG - Durban residents have been urged to stay indoors as winds of up to 70 kilometres an hour lashed Kwazulu-Natal on Tuesday.

READ: Survival tip: What to do if your car is caught in a flash flood

ER24 paramedics had responded after containers fell from a truck onto a vehicle in Bayhead, a family was trapped in their flooded home in Barlew Mews, an ambulance overturned leaving two medical crew injured along the N2 in Umgababa, and two taxis collided in Magabeni.

Local authorities warned residents to avoid driving or going out in the storm.

All roads in the southern parts of Durban have been closed.

The disaster management call centre was dealing with high call volumes and urges residents to use the number only in emergencies.