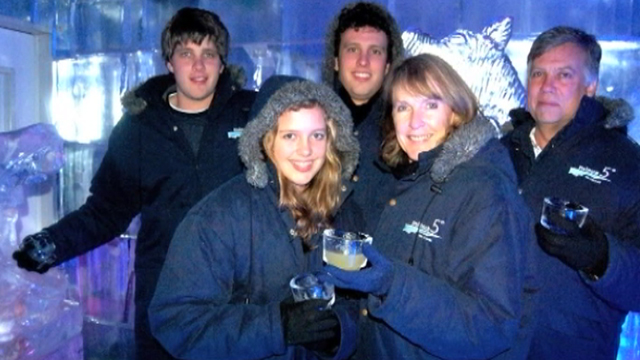 Mystery surrounds the gruesome murder of three Stellenbosch family members. Martin van Breda, his wife Teresa and their 22-year-old son were found in pools of blood at their multi-million rand home on Tuesday.

JOHANNESBURG - Marli van Breda, one of the two survivors of an attack on a Stellenbosch family is in a stable condition.

Marli who survived the attack thet killed her parents and a brother is still being hospitalised.

"Marli is in a stable condition in the MediClinic in Stellenbosch," the family said in a statement. "No visitors are allowed at her bedside."

The Van Breda family were attacked in their home in the De Zalze Golf Estate in the early hours of Tuesday morning.

Earlier this week, Col Tembinkosi Kinana said no arrests had been made and no one had been taken in for questioning.

He declined to disclose how the family was killed, or a possible motive.

The family on Sunday said Henri was "coping under the circumstances" and was undergoing counselling.

A private memorial would be held for Martin, Teresa and Rudi at the Dutch Reformed Church in Moreleta Park, Pretoria on Thursday.

"The family expresses its deep gratitude to the doctors and nurses at the MediClinic Vergelegen for the love and care shown to Marli and thanks the SAPS [SA Police Service] for the way in which they are approaching the investigation. The family also expresses their thanks and appreciation for all the messages of condolences from friends and associates of Martin, Theresa and Rudi in South Africa, Australia and elsewhere abroad."