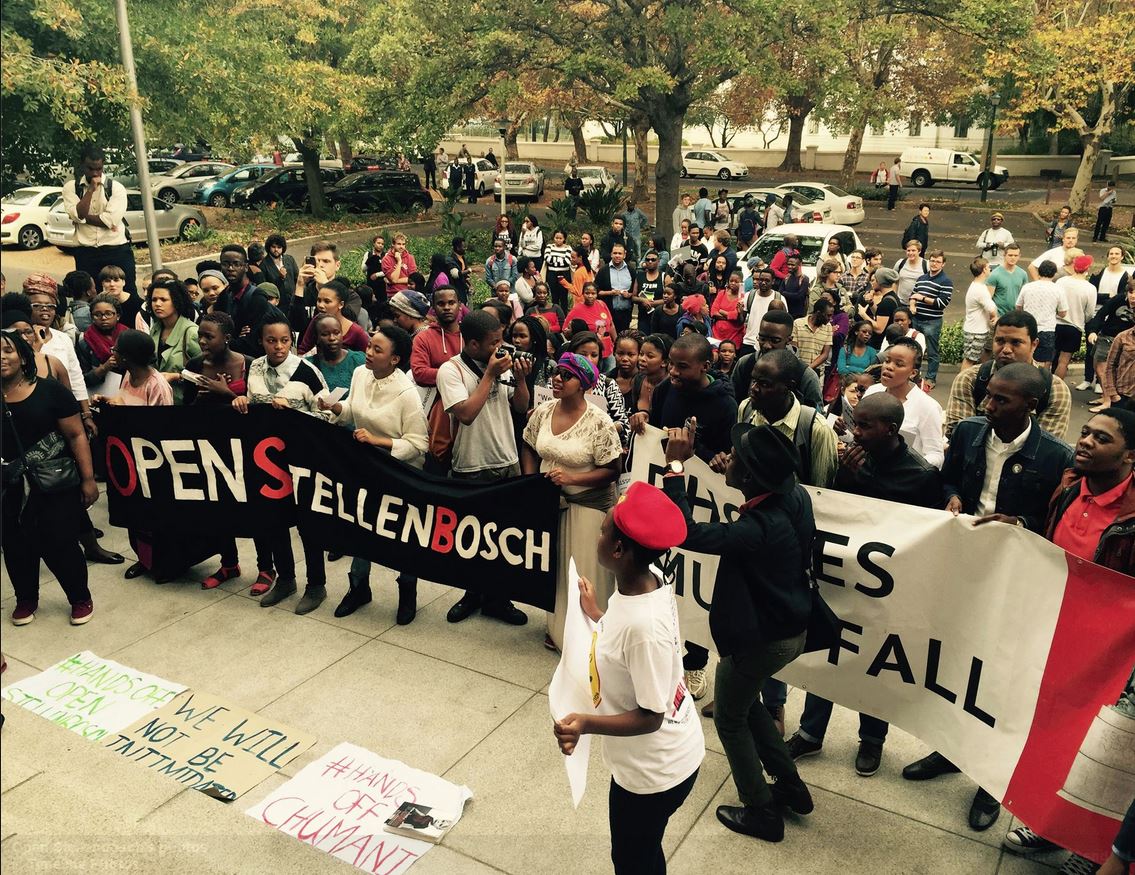 Members of the Open Stellenbosch movement gather, demanding transformation at the university.

JOHANNESBURG – A group of students at Stellenbosch University hoped to spread some love on Wednesday morning with a Facebook page titled `Where is the Love?&39;

Students were invited to an event on campus where they would unite to sing the national anthem dressed in the colours of the South African flag .

Who needs radical transformation when we can spread "lekke vibes" & talk about the scenery? whereisthelove Luister pic.twitter.com/dfm2O85ZXs

But the campaign has not been welcomed by everyone.

"We are struggling to find love because we are in pain," OpenStellenbosch responds to whereisthelove campaign pic.twitter.com/3I8WFMoRyR

Racial tensions on campus have been running high in recent days, after a documentary called ‘Luister’ was posted online.

In it, black students speak out about racism and language barriers on campus.

On Tuesday, hundreds of students gathered to march to the Stellenbosch University campus where they submitted a memorandum of demands to management.

In it they requested an emergency council meeting to address transformation.

On the same day, Stellenbosch University management had to answer to the Parliamentary Portfolio Committee on Higher Education and Training about racism allegations at the institution.

WhereIsTheLove: We welcome all SU students to come voice their opinions, views and experiences BUT ONLY IF THEY NICE.

the whereisthelove event in stellenbosch tomorrow is a comfortable, denialist farce. a desire to be "neutral" on race issues is disgusting