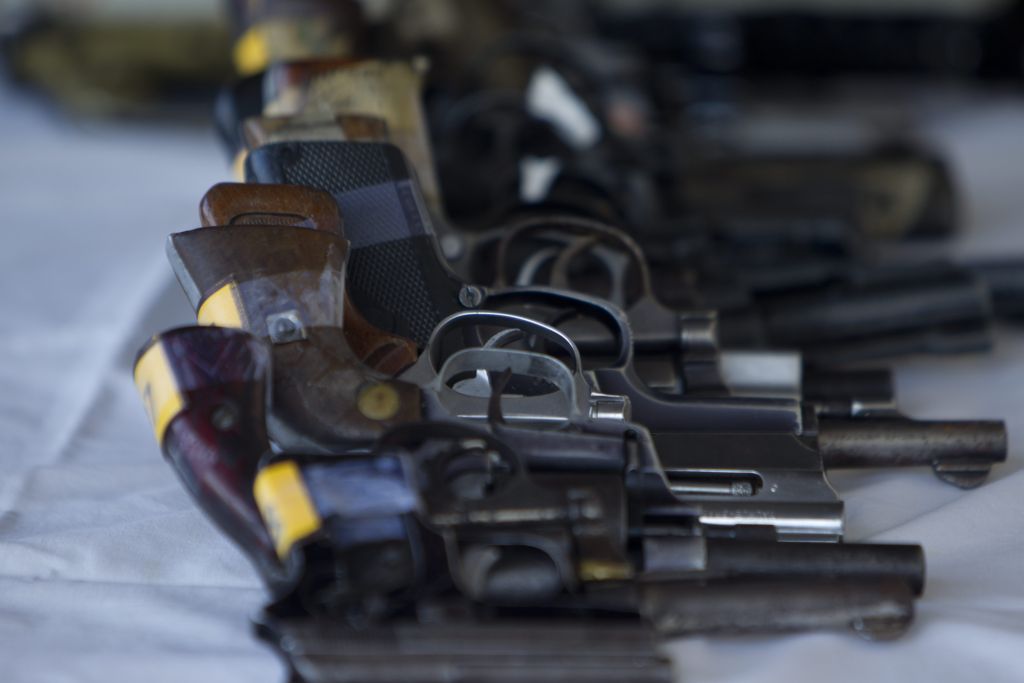 Several hand guns are seen at the headquarters of the National Direction for Guns and Ammunition Control (DIGECAM)) where 96 seized weapons were destroyed in Guatemala City, Guatemala, 30 January 2014.

KATLEHONG - President Jacob Zuma thinks disarming the nation may be a long-term solution to the country&39;s cop killing spree.

He was visiting the family of a Johannesburg traffic officer gunned down last week.

Should SA be gun-free? President Zuma thinks so... ProtectOurPolice pic.twitter.com/WPG0gROzEA

“I just thought I should raise this matter because it is unprecedented that within months you can have (the number of) police killed (at) more than 50. I think a few days ago they were saying about 53. I think by December it could be 100. Is that what you want to see? I don’t think so. And that’s the issue that’s concerning us.”

Police Commissioner Riah Phiyega said recently that more than 14,000 weapons had been destroyed, and there was more still to be done.

Fifty-four police officers have already been murdered this year.

* Watch the video report by Yusuf Omar in the gallery above.