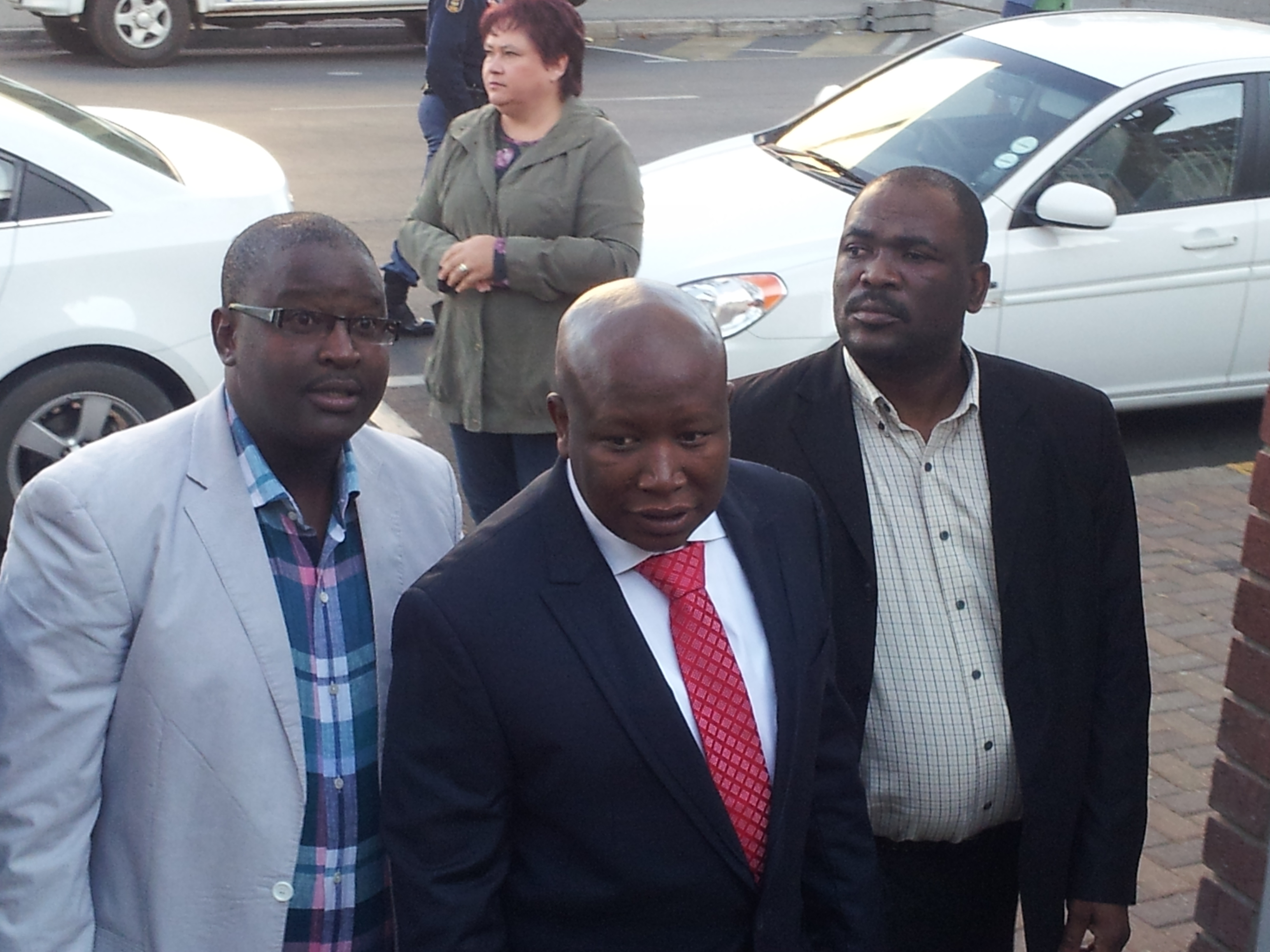 Julius Malema's court case could not go ahead due to problems with the power supply to the machine that records the court proceedings.

Polokwane - It was another full day of arguments in Julius Malema&39;s corruption case on Friday.

But Malema&39;s counsel opposed the date.

The case should be struck off the roll and a "reasonable" trial date be set, the Polokwane Magistrate&39;s Court heard.

Malema&39;s lawyer, Tumi Mokwena, accused the NPA of not being ready to proceed with the case.

"The prosecution never consulted clearly on the matter and has failed to come up with a reasonable trial date. The NPA has failed," Mokwena said.

He asked the court to instruct the NPA to consult with the defence about the trial date.

Earlier, the State proposed the trial date be set for November 18 to 29. Mokwena said the proposed date was a sign Malema&39;s trial would not be fair.

"It must commence within reasonable time, these are the rights," he said.

Malema, the ANC Youth League&39;s former president, is out on bail of R10,000 and faces charges of fraud, corruption, money-laundering, and racketeering.

There would not be sufficient time to deal with the 60 witnesses and over 11,000 pages of evidence that could be necessary at the trial, he told the court.

Gioia claimed the trial date was illegally communicated and that the defence was not consulted.

Prosecutor Billy Moalusi said it was the State&39;s duty to determine the trial period, rather than the defence&39;s.

Magistrate Mohamed Shaik gave the accused formal notice of the trial date, before the matter was adjourned to 14.00.

"The State is playing with time, they are wasting our time," he said.

The State alleges Malema and the others misrepresented themselves to the Limpopo roads and transport department, leading to a R52 million contract being awarded to On-Point Engineering.

According to court papers, Malema had business ties with Gwangwa, a director of On-Point Engineering. Malema&39;s Ratanang Family Trust was an indirect shareholder in On-Point.

The department paid the company R43m. According to the charge sheet, Malema allegedly substantially benefited from this payment, knowing the money formed part of the proceeds of crime.

All five have proclaimed their innocence.