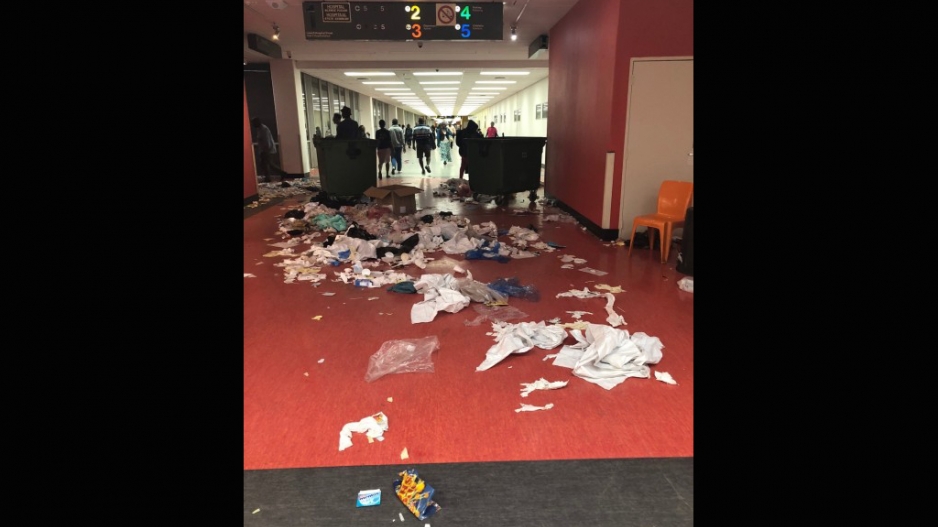 The disruptive trashing actions of striking workers at the Charlotte Maxeke Johannesburg Hospital are unacceptable and need to be dealt with decisively, the DA said.

JOHANNESBURG - The disruptive actions of striking workers at the Charlotte Maxeke Johannesburg Hospital are unacceptable and need to be dealt with decisively, the Democratic Alliance said on Sunday.

"Throughout last week they trashed the hospital and on Tuesday police fired rubber bullets to disperse them," DA Gauteng MPL Jack Bloom said.

Some Economic Freedom Fighters supporters were also among those who had to be expelled from the hospital. "I visited the hospital on Thursday last week and found mounds of trash, including medical waste, scattered in various places. A cold drink dispensing machine was also tossed on its side," he said.

"Staff told me that rampaging workers had gone through the wards, intimidating them and disrupting activities. Many operations have been cancelled because of a lack of clean linen."

Most of the protesters were National Education, Health, and Allied Workers&39; Union (Nehawu) members, including nurses, cleaners, and porters, but some outsiders had been involved as well, he said.

They were protesting non-payment of overtime and performance bonuses, and claimed that management was not communicating with them. Their grievances may be valid, but trashing a hospital and endangering the safety of patients should not be allowed under any circumstances. The Gauteng health department should get a court interdict against this illegal action and police should arrest those who act violently, Bloom said.