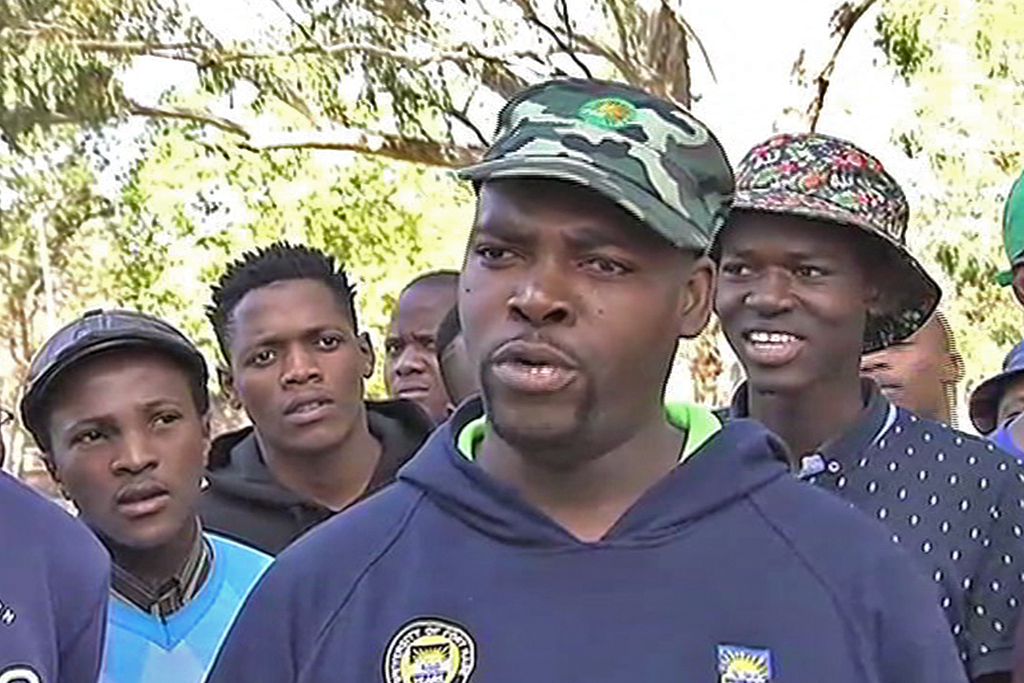 Protesting students at the Eastern Cape university are determined to disrupt centenary celebrations.

ALICE – A group of protesting students had gathered at the main entrance of the Fort Hare University Alice campus on Friday, ahead of the commencement of the institution’s centenary celebrations which are set to be addressed by South African President Jacob Zuma and his Zimbabwean counterpart Robert Mugabe.

The university has been rocked by student protests which earlier in the week saw the razing of a university building and a tent which was due to be used during the centenary celebration activities at the main campus.

The violence sparked a major security crackdown as a number of high-profile dignitaries were set to attend the celebrations of the university which has long been held up as an example of black academic excellence.

“You have the right to sit and sing on the premises, we are here to protect public order and we will not take action unless we need too,” said a senior police official on the scene.

Earlier Minister in the Presidency Jeff Radebe said the situation at the university was calm and that the centenary celebrations would go ahead as planned.

“We are very excited about this prestigious event and we are confident that there will be no disruptions from protesting student bodies,” Radebe said.

Fort Hare’s Alice campus was heavily guarded by local police as a well as reinforcements from neighbouring divisions on Friday.

On Thursday Fort Hare confirmed that ten students had been arrested in connection with the violence at the campus which has been rocked by protests amid claims by students that university management was failing to meet their demands to release grants for meal allowances.