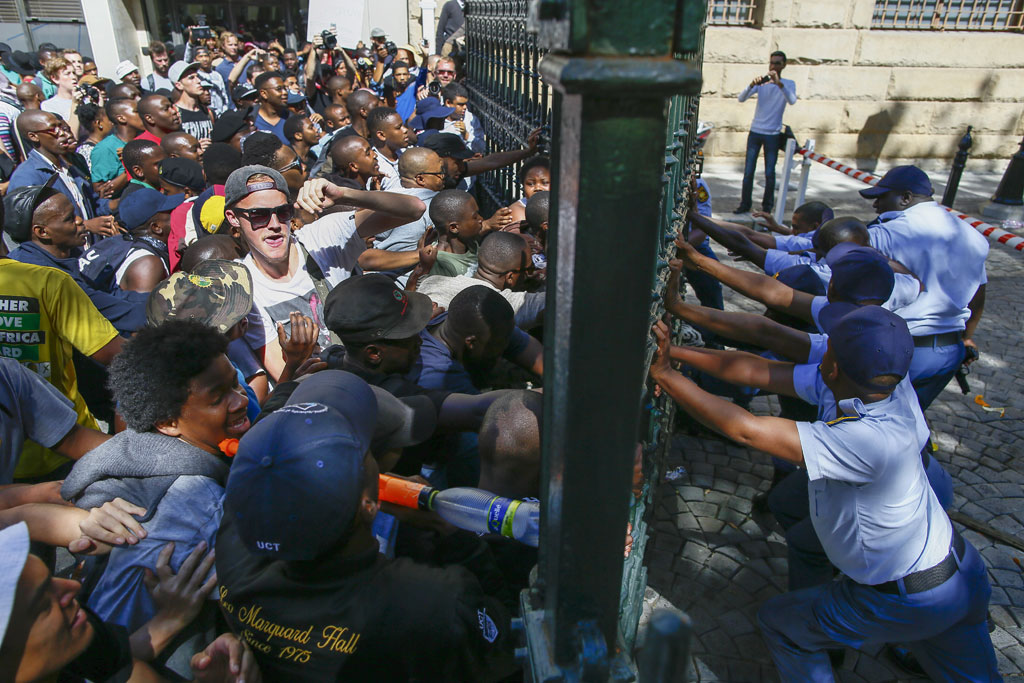 Students force their way through the gates of parliament as police try to resist them, during violent clashes with police in the parliament precinct on 21 October 2015.

CAPE TOWN -- Six of the 29 students arrested outside parliament on Wednesday are set to face &39;provisional charges of treason&39; amongst others.

Working hard with leaders/lawyers 2 get Rekgotsofetse & rest of students who were arrested 2 be released 2day. Must not sleep in prison!

Some 29 students were arrested on Wednesday afternoon when thousands of students from various universities in Cape Town marched on parliament demanding a no fee increase for 2016.

The march was part of a FeesMustFall nationwide campaign by students who have rejected higher education minister Blade Nzimande&39;s six percent cap on 2016 fee increments.

Chaos broke out when students stormed parliament&39;s precinct and they clashed with riot police who pushed them back and fired stun grenades.

In total 29 students were arrested and taken to Cape Town central police station but 23 of them were released overnight.

Students held at Cape Town Central station released. All 23 of them. Set to appear in court tomorrow at 8:am FeesMustFall NationalShutDown

Only getting home now, after a long night at CPT Central Police Station getting UCT Students released. ForFree

Six of the 29 students spent the night in jail facing more serious charges of treason, assault and contravening the national key point act.

Students are expected to appear before the Cape Town Magistrates court on Thursday morning.