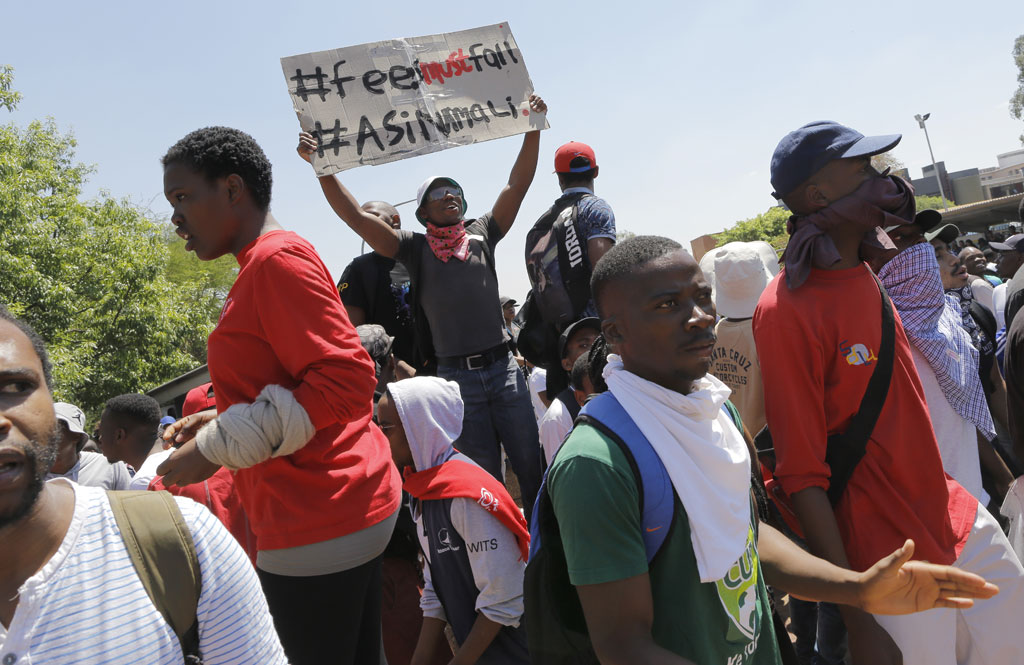 Students from Wits University demonstrate on campus during a fourth week of clashes with police forces during ongoing protests against the cost of higher education in Johannesburg, South Africa, 10 October 2016.

Protesters reportedly blocked some roads with rocks and burning tyres.

Students have also clashed with police at the Knockando Halls student residence on Rockridge Road.

A heavy police presence is on the scene.

The #FeesMustFall protesters demanded that a curfew implemented by the university on Friday be lifted as it restricts their freedom of movement on campus.

University buildings such as libraries, reading rooms were between 9.30pm and 6am, except at student and staff residences.

Those who do not reside in the campus were not allowed entry during curfew times.

Students defied the curfew and gathered outside their residences on Sunday night.

“A security guard was assaulted outside the men’s residence and his vehicle’s windows broken. Several campus inroads and those outside the student residences were barricaded, however, they have been cleared this morning. Stun grenades were used to disperse students, no police entered any residences last night.”

The institution said lectures would continue despite protests.

Outside the men's residences at #Wits, following last night's clashes between students and police #Fees2017 pic.twitter.com/0e65IspBr0

Protesting students are expected to meet at the Trinity Church in Braamfontein today.

The 32-year-old was arrested at his student residence room on Sunday for allegedly assaulting a police officer.