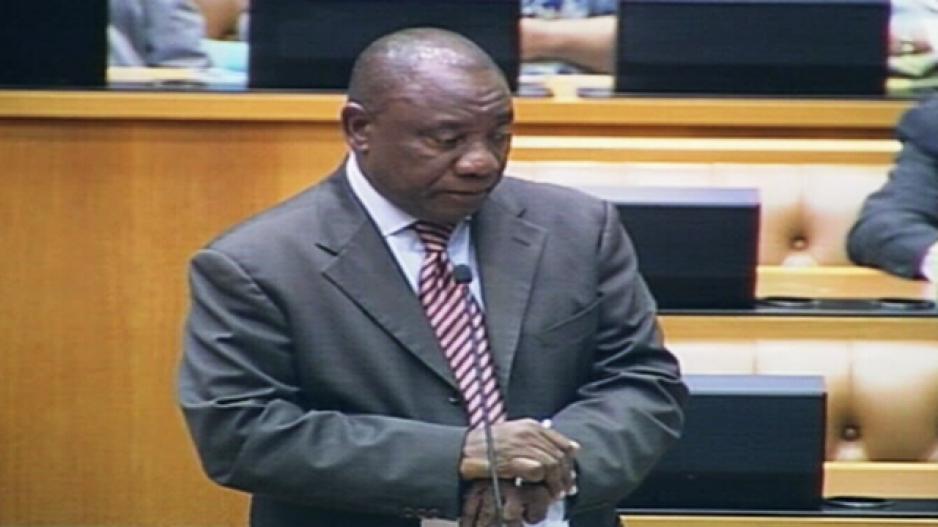 Pretoria - Deputy President Cyril Ramaphosa has defended his boss's absence from Parliament. The Opposition is accusing President Jacob Zuma of trying to duck questions about his Nkandla homestead. But Ramaphosa says that's simply not true.

CAPE TOWN - The Presidency has confirmed that a summons has been served on Deputy President Cyril Ramaphosa by lawyers representing the families of 34 South African striking miners shot dead by police at Lonmin&39;s Marikana mine in August 2012 with regard to Ramaphosa&39;s complicity in their deaths.

Ramaphosa has instructed his lawyers to defend the action. He was responding to questions from opposition parties in parliament on Thursday afternoon.

He said he can no longer make any further pronouncements on the matter due to the recent legal action.

“As a consequence of that and on the basis of legal advice I have sought and obtained I have informed the leader of cabinet that it will not be appropriate for me to get involved in the processes that I have referred to that the president is busy with to find an alternative resolving mechanism."

"And therefore even providing details in this regard which I don’t have and which I believe is not appropriate to get involved in as I will soon be a litigant in this matter I will therefore not get involved at all."

The Presidency deferred to the findings of the Farlam Commission, stating that it had already made a finding relating to Ramaphosa&39;s culpability for events that occurred at Marikana.

Ramaphosa was a director and shareholder at Lonmin at the time of the shootings and was involved in email exchanges with authorities in the days leading up to the shooting. He has denied accusations he pressed for a police crackdown.