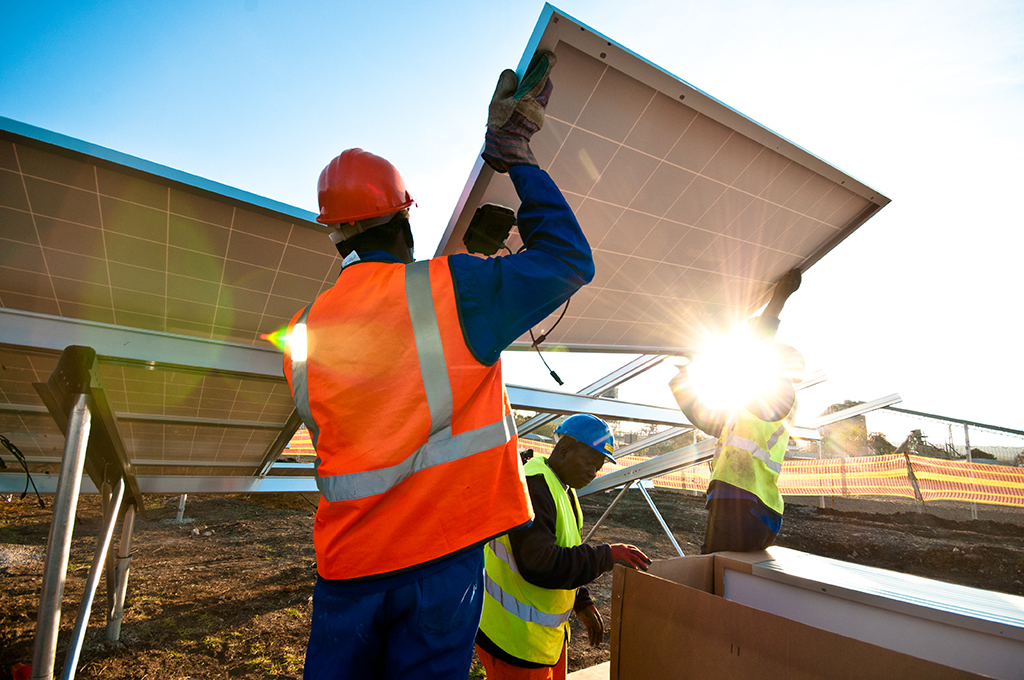 In the North West province -- the southern tip of the Kalahari desert -- the sun shines almost all year round, and a new solar farm is taking full advantage of this free source of energy.

Besides having a consistent supply of sunshine, the Buffelspoort site was also selected for its closeness to and availability of the Eskom grid connection and national grid infrastructure, explains Pravin Semnarayan, Director of Momentous Energy and RustMo1 Solar Farm.

“Rustenburg, in addition, has a high demand for power due to the fact that the area is rich in natural resources,” said Semnarayan.

The seven megawatt farm is the first independent power producer to distribute energy to the national grid as part of the Department of Energy’s Renewable Energy Independent Power Producer Programme (REIPP).

Using a form of solar power called photovoltaic energy, the system requires only daylight and not direct sunlight to generate electricity.

Cells are used to convert solar radiation into energy via silicon -- a semi-conducting material. Silicon is found in sand and is one of Earth’s largest raw materials.

RustMo1, the first renewable energy project for the province,  is destined to supply power to the Eskom grid upon commencement of commercial operation, scheduled for November 2013.

The project is set to benefit people from the local community. Locals will be employed as modular cell cleaners, making the project a tool for job creation.

“Energy is an economic stimulus, many countries have used it during the economic recession in 2008 and we are going to do it here in South Africa for the benefit of our people. “

While this solar farm is completely renewable, the cost to produce green energy is far higher than coal-fired power, making the sun an underused power source -- for now.