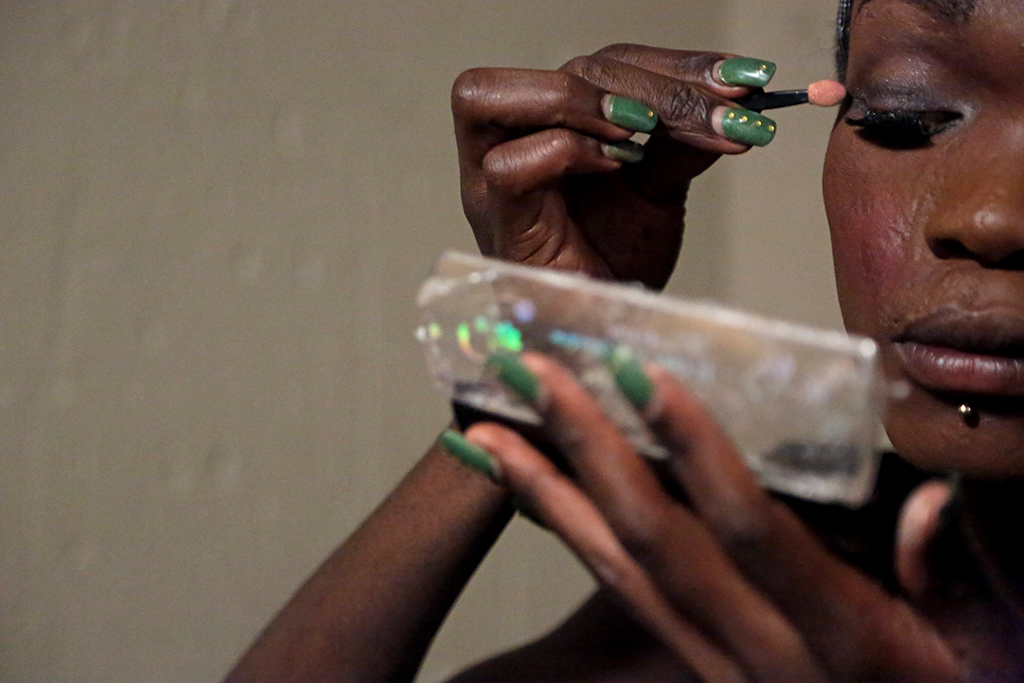 A man applies make-up ahead of the Miss Gay Daveyton beauty pageant held on 3 October 2014.

JOHANNESBURG - There are a number of organisations offering support to the transgender community in South Africa.

GDX is dedicated to supporting the transgender community and advocating for acceptance, with outreach work in under-served communities.

Sexologist and clinical social worker Ronald Addinall has been the facilitator of the Triangle Transgender Support Group in Cape Town since October 2006.

Triangle Project provides services including face-to-face trans-positive and trans-affirming counselling, as well as supportive counselling to the significant others, family and friends of transgender persons.

It provides support through the process of negotiating the social transition in the workplace.

"Triangle Project has a working agreement with the Transgender Clinic at Groote Schuur Hospital (GSH) to which clients are referred after the initial counselling process for access to hormone treatment and gender alignment surgery," Addinall says.

"It is essential that support services exist and are accessible at the personal level, the familial level, the community level, in education and work spaces, as well as access to good quality medical care."

Addinall, who has helped with over 120 clients&39; transitions, co-wrote an article with University of Cape Town psychologist Dr Adele Marais and the GSH transgender clinic team.

According to the paper, "Transgender issues in South Africa, with particular reference to GSH Transgender Unit" published in the SA Medical Journal in June, the state hospital has offered an intermittent psychiatric, surgical and endocrine service to transgender patients since the 1970s.

"The primary mandate of the unit is to provide a comprehensive package of care for the transgender patient and to facilitate follow-up support in the local community."

It offers telephonic technical support to providers of psychological and endocrine services elsewhere in the country.

However, limited resources and the growing number of transgender client referrals have led to long waiting periods for patients requiring gender reassignment operations -- in some cases up to 20 years.

Marais said at this year&39;s Trans Health, Advocacy and Research Conference that the clinic has helped over 110 clients over the last five years.

Kheswa says: "South Africa has high levels of hate crimes directed at LGBTI [Lesbian, Gay, Bisexual, Transgender and Intersex] persons and the most vulnerable are those that are gender non-conforming.

"The challenge is that most of those hate crime incidences are reported as gay and lesbian attacks."

Addinall et al. wrote that the social stressors of high levels of stigma, discrimination and persecution further burden the health of transgender people.