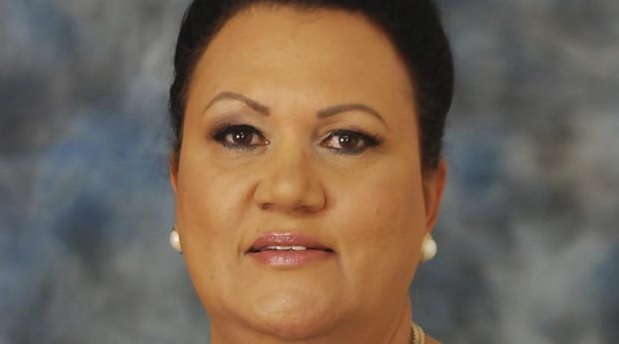 Gauteng Education MEC Panyaza Lesufi is seen addressing parents at Ema Primary School in Winterveldt, Pretoria, on 26 September 2014. It follows the death of three children at the school.

JOHANNESBURG - The ANC provincial executive council (PEC) in North West has made it clear that its embattled leader, Supra Mahumapelo, is not quitting, simply taking a leave of absence.

On Wednesday night, a provincial media officer confirmed that the North West Finance MEC, Wendy Nelson, is to act as premier in his absence.

According to the Premier&39;s spokesperson, Brian Setswambung, Nelson has already been sworn in and it is believed Mahumapelo won&39;t be on leave for a long time.

In March, the North West health and social development portfolio committee laid corruption charges against  Mahumapelo and Nelson, among others, in the wake of investigations into suspected R160-million fraud, corruption, and maladministration relating to a Gupta-linked medical service provider.

On Tuesday, the ANC in North West had released a statement welcoming Mahumapelo&39;s exit. He had said he would resign by midday on Wednesday.

But on Wednesday, he said the ANC would have to ask him to leave.

WATCH: I await PEC to ask me to resign, says Supra Mahumapelo

At a press conference later, the party&39;s PEC said it had instructed Mahumapelo to withdraw his resignation.

SupraMahumapelo Dantjie:The Premier has instructed the premier to withdraw his resignation because he did so without informing the party, only the ANC can recall the deployee. He was given the opportunity to talk to the PEC about this resignation.

SupraMahumapelo Dantjie:There is no reason for the Premier to step down now, Premier Supra Mahumapelo must take leave and an Acting Premier must be appointed.

BREAKING ANC PEC says that the Premier SupraMahumapelo must take leave and an Acting Premier must be appointed.

Mahumapelo&39;s about-turn on his resignation has been described as the last kicks of a dying horse.

According to political analyst Theo Venter: "The [ANC] provincial executive has no say. What makes this more of a joke (is that) three of the regions are interim structures ... he appointed them, he chairs the meeting."

Venter believes the ANC "will definitely act against the leadership of Mahumapelo."

North West has been rocked by violent protests, with residents calling for Mahumapelo to resign.

However, on Wednesday, Mahumapelo’s supporters stormed a meeting of the ANC PEC.

SupraMahumapelo supporters now queuing to get food as they are here to support their embattled Premier. pic.twitter.com/Ak1p2ECWLj

On Wednesday afternoon, Mahumapelo addressed his supporters after the PEC meeting.

Mahumapelo said he would head to court.

SupraMahumapelo: I am realized and cool, one has gone through many things in the ANC. It is individuals that cause problems in the ANC.

SupraMahumapelo: I am happy that the ANC says it will support its Chairperson in this regard. The PEC says I must take aggressive legal action. Am going to start with the so-called revolutionary council legally because they break the law.

SupraMahumapelo: Some individuals have got a problem with me, I don’t a problem with the opposition because they don’t have any power unless they use comrades in the ANC.

A public policy specialist from the North West University, Kagiso Pooe, says Mahumapelo is still in charge in North West.

According to Pooe, Mahumapelo should have fixed the problems plaguing the province instead of just mentioning them.