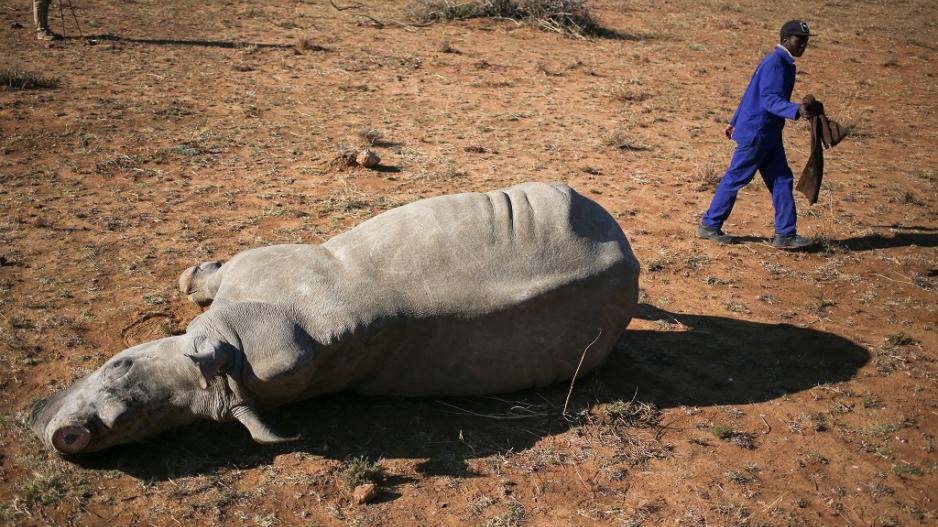 A worker walks past a tranquillised rhino after it was dehorned in an effort to deter the poaching of one of the world's endangered species, at a farm outside Klerksdorp, in the north west province, South Africa, August 14, 2017

The case was postponed at the Skukuza Magistrate&39;s Court in Mpumalanga.

The Environmental Affairs Department is expected to release annual rhino poaching statistics before the end of November.

Kruger Park management is predicting a total of 500 rhinos poached in 2017.

SanParks stated one rhino is poached every day.

Senior Investigator for SanParks Frik Rossouw says, “During a follow up, they arrested three suspects in the park after they found horns in their possession. They also found a firearm in their possession and other poaching equipment.”

The suspects face charges for the illegal possession of firearm and ammunition and for carrying out restricted activity involving a threatened or protected species.

Over 100 people have been arrested this year, SanParks said.

“There&39;s roughly around 50 arrests this month and it’s not just in Kruger, some of it is outside Kruger. Some of the arrests, as you heard in the media, were also people who involved themselves with pangolin poaching, which is also a problem. We are losing elephants as well.”

SanParks said its new strategy of tracking down poachers before they enter the park was proving highly successful.