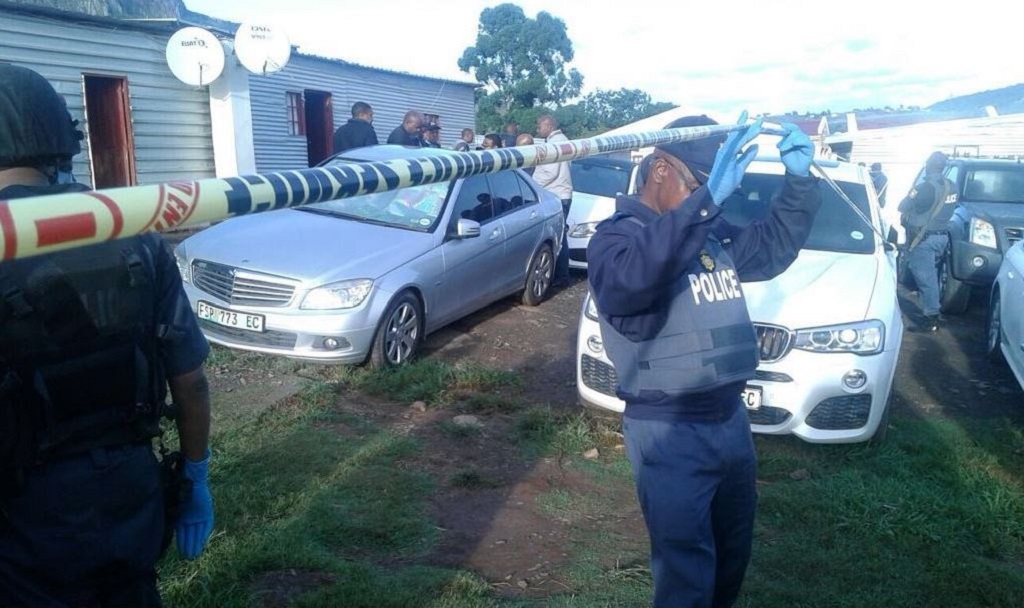 Seven suspects, allegedly involved in the eNcogobo police murders, have been killed in a shootout.

NGCOBO – The two of the six men accused of the eNgcobo police station shooting gave incriminating testimony during their bail hearing in the magistrate&39;s court on Thursday.

Two of the men gave the court reasons to grant them bail and confirmed their participation in the alleged crimes.

Kwanele Ndlwana was the first to take the stand for his bail application and told the court what happened the night five police officers were murdered and robbed of their weapons and of the attack on a Capitec ATM.

Ndlwana said he does not dispute the version of events of that night as presented by Prosecutor Nomapha Mvandaba.

The 22-year-old told the court that two police officers were killed during the attack close to Nyanga High School and were robbed of their firearms, a small pistol and the R5 riffle.

Ndlwana said they used the police car when they went to the eNgcobo Police Station, where three officers were killed and more firearms were stolen, before they bombed the ATM.

He said they were already armed with two firearms after robbing police officers in Butterworth and Cala.

eNCA&39;s @DasenThathiah is in eNgcobo where suspects are appearing in court following the eNgcoboKillings. Police are on high alert in the area, with residents protesting outside the court. Courtesy DStv403 pic.twitter.com/oqRF9tzHPQ

Ndlwana said he needed bail to see his sister, who is married to Thandazile Mancoba, one of the men killed in a shoot-out with police on 23 February. Mancoba took over as the leaders of Seven Angels Church when his father Siphiwo Mancoba died in 2015.

Siphosomzi Tshefu also admitted to being at all the crime scenes. Tshefu said he was the one who disarmed one of the policeman after being killed next to Nyanga High School.

He also told the court that he worshipped Thandazile Mancoba and did everything he instructed him to do.

"I believed Thandazile because he said he was the son of the Lord," Tshefu said.

Magistrate Nozuko Mviko asked Tshefu if he would have shot himself if Mancoba instructed him to.

Tshefu said he would, adding: "If the church leader tells me to do something that is my bail condition, I would obey my leader and break the bail condition."

The court heard that both Tshefu and Ndlwana did not work and depended on Mancoba and the church to provide them with food and clothes.

The State is opposing the bail and described the suspects as dangerous criminals who are not afraid to attack the police.

Mvandaba said the men had no responsibilities and assets that would bind them from escaping prosecution.

The matter was postponed to 19 March when two of the other men are expected to apply for bail.