Suspended EFF MPs back in Parliament for Zuma Q and A 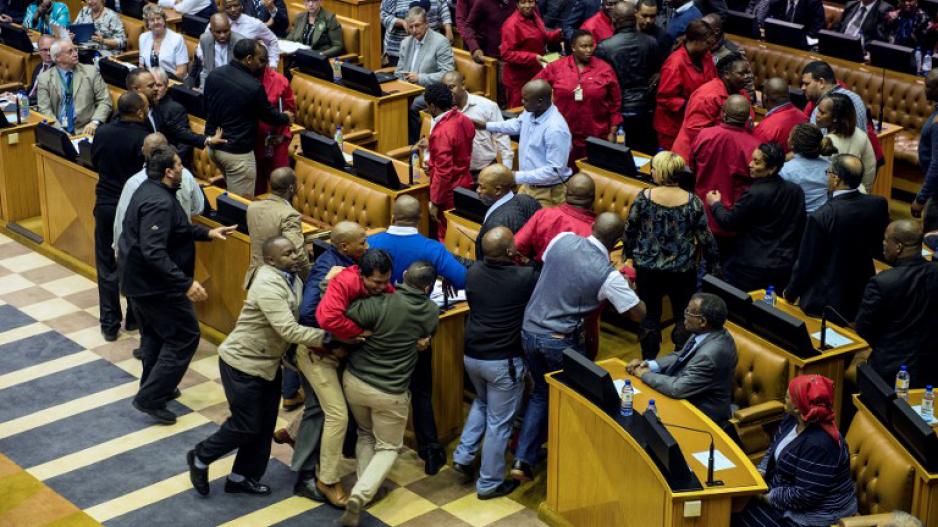 Economic Freedom Fighters MPs are pushed out of a parliament session during President Jacob Zuma's budget speech in Cape Town on May 4, 2016.

CAPE TOWN -- MPs belonging to the Economic Freedom Fighters will be back in the National Assembly this afternoon after their suspension two weeks ago.

This as President Jacob Zuma is expected to answer questions from members of parliament.

Two weeks ago, the party&39;s &39;fighters&39; were forcibly removed from the House, following their refusal to let the president deliver his budget vote speech.

They heckled the president and called for him to leave the House, saying he had no place in Parliament.

They were then placed on suspension from Parliament for a period of five days.

The EFF then took its fight to court by filing an urgent application to have National Assembly Speaker, Baleka Mbete indicted for evicting party members during the president&39;s session.

The Western Cape High Court, however, dismissed the application.