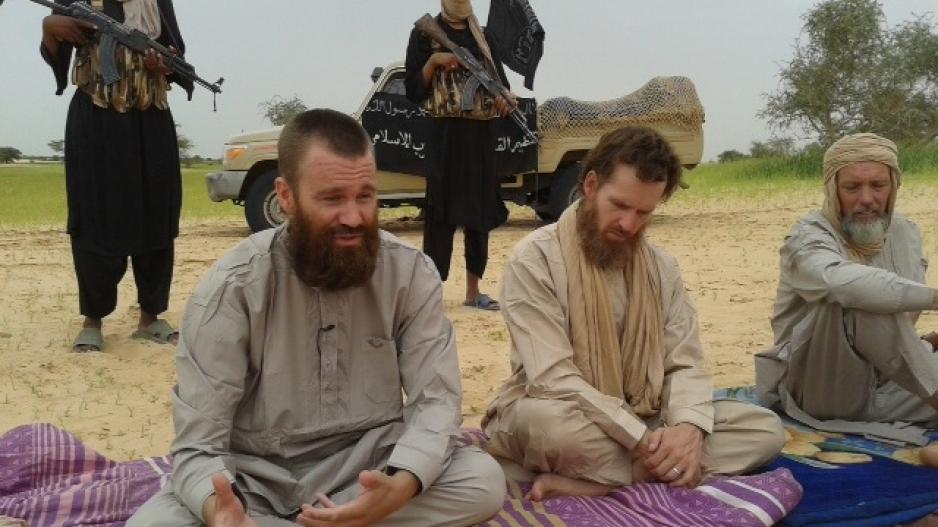 The Swedish foreign ministry provided no details about McGowan's fate.

His father, Malcolm, told eNCA he was waiting on tenterhooks for any news of what the release of  Johan Gustafsson, 42, Gustaffson's release might mean for his son.

Johan Gustafsson, who was kidnapped by Al-Qaeda in Mali in 2011 has been freed. https://t.co/YD6UiKdA51 pic.twitter.com/ZMXKBVJcfC

"It is with great pleasure that I can announce that Johan Gustafsson has been released and can return to Sweden," Foreign Minister Margot Wallstrom said in a statement, giving no details about how the release was secured.

Gustafsson, McGowan and Dutchman Sjaak Rijke were abducted by al-Qaeda in Timbuktu, northern Mali, in November 2011.

Rijke was freed in April 2015 by French special forces. I've already spoken with Johan and he is doing well and is overwhelmed by everything going on," Wallstrom told Swedish Radio.

Swedish daily Expressen reported meanwhile that Gustafsson was already on a plane bound for Sweden.

The trio was kidnapped on the terrace of their hotel along with several other Westerners, including Rijke's wife, who managed to escape. A German who tried to resist the abduction was killed.

Al-Qaeda in the Islamic Maghreb claimed responsibility for the kidnappings. It was among several jihadist groups that took control of Mali's north in 2012 before being ousted by a French-led military operation launched in January 2013.