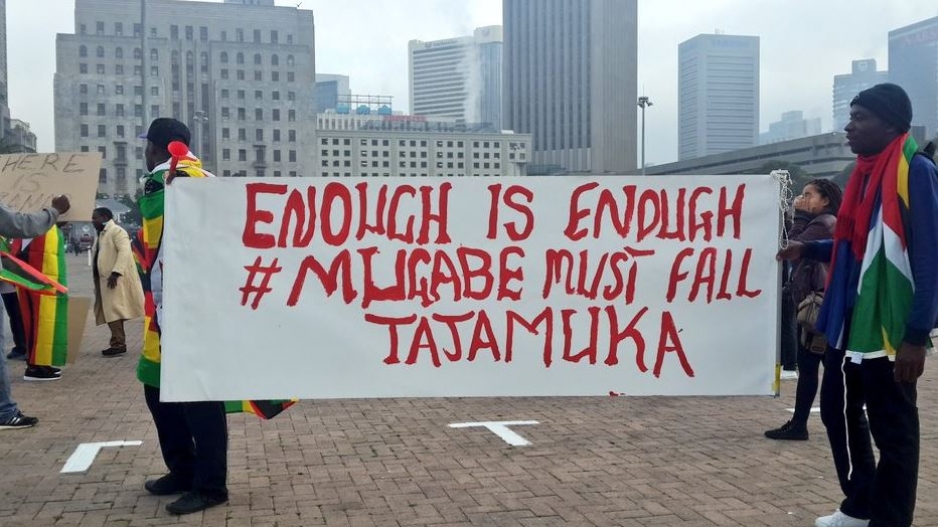 Hundreds of Zimbabweans marched from Pretoria central on Thursday.

PRETORIA - Hundreds of Zimbabweans marched from Pretoria central on Thursday, threatening to shut down their embassy if urgent steps are not implemented to curtail extensive economic deterioration and the cultivation of freedom and democracy in their country.

"Our message we are going to deliver at the embassy is that we will make Zanu PF an island. We close all the Zimbabwean embassies if they continue beating citizens.

Emotions are running high as Tajamuka activists tear up a ZanuPF T-shirt. pic.twitter.com/VJt3tXlFWQ

"We demand the release of activists they have arrested."

The hundreds of Zimbabweans marched from Burgers Park after 10am, heading to their embassy.

They were escorted by the South African Police Service and the Tshwane Metro Police Department.

Demands for a better Zimbabwe, that is what these marchers are calling for. ThisFlag pic.twitter.com/9S3emON9zi

Some waved placards written: "Hatichade (we don’t want anymore)" and "Enough is enough". They sang, "Bob watengesa nyika (Bob you have sold out the country".

On Wednesday evening, Zimbabwe’s ThisFlag campaign leader Pastor Evan Mawarire was released after the Harare magistrate’s court found that his arrest was unconstitutional.

Mawarire, who is behind last week’s stayaway, was arrested on Tuesday for allegedly inciting violence and disturbing the peace.

Prosecutors tried to change the charge in court to a more serious one of subverting the state, but Mawarire’s lawyers argued that such a move was in breach of the constitution.