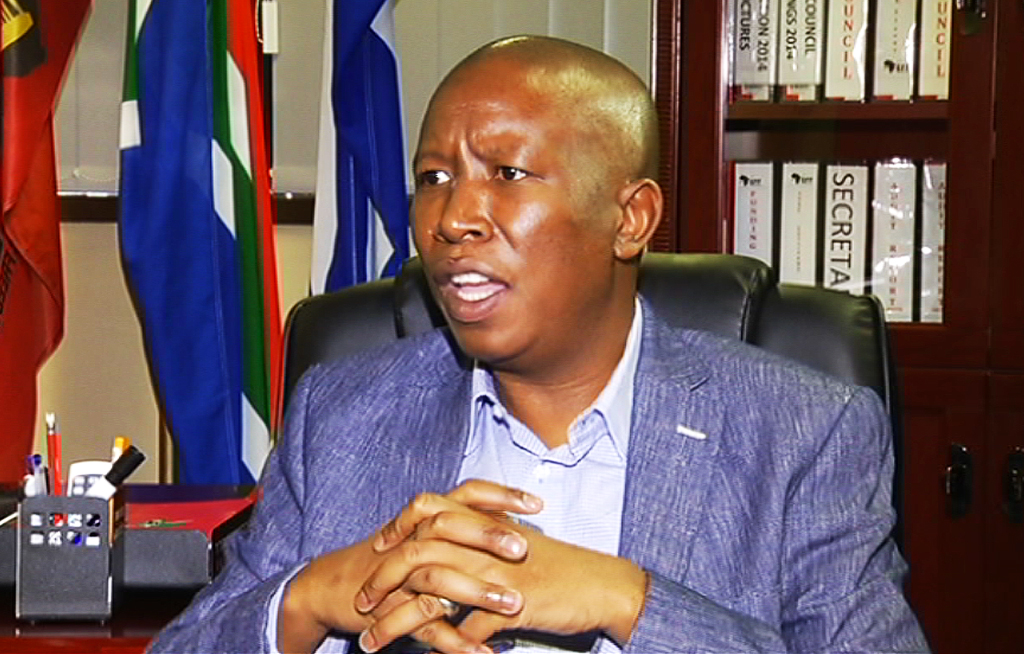 JOHANNESBURG – Land expropriation without compensation will include land on which homes have been built, Economic Freedom Fighters (EFF) leader Julius Malema said on Thursday.

He added that the homes on the land will not be expropriated.

Malema dismissed fears that investors will run away if the state took land from citizens during the implementation of the land expropriation programme.

The EFF leader said government should take land ownership away from banks and allow bond owners to pay for the built property.

“By the way, we are nationalising the land…If you have a bond we will talk to the bank… we are not paying any bank,” said the vocal EFF leader.

EFFMediaBreakfast Malema: With regards to land, we wrote to the departments and asked how many hectares of land do they own. We want to prove that the rhetoric that the investors will run away if the state owns the land is a myth.

EFFMediaBreakfast Malema: We are going to release a long list of the billion dollar projects that are operating on state land. We are nationalising the land and everything that comes with the land underground.

EFFMediaBreakfast Malema: Patrice Motsepe and Cyril Ramaphosa will never buy a land in a prime space without intervention of the state institutions. Only foreigners can buy in CPT, what does that say for the sovereignty of this country?

EFFMediaBreakfast Malema: Willing buyer and willing seller is not working because there is no one that is willing to sell.