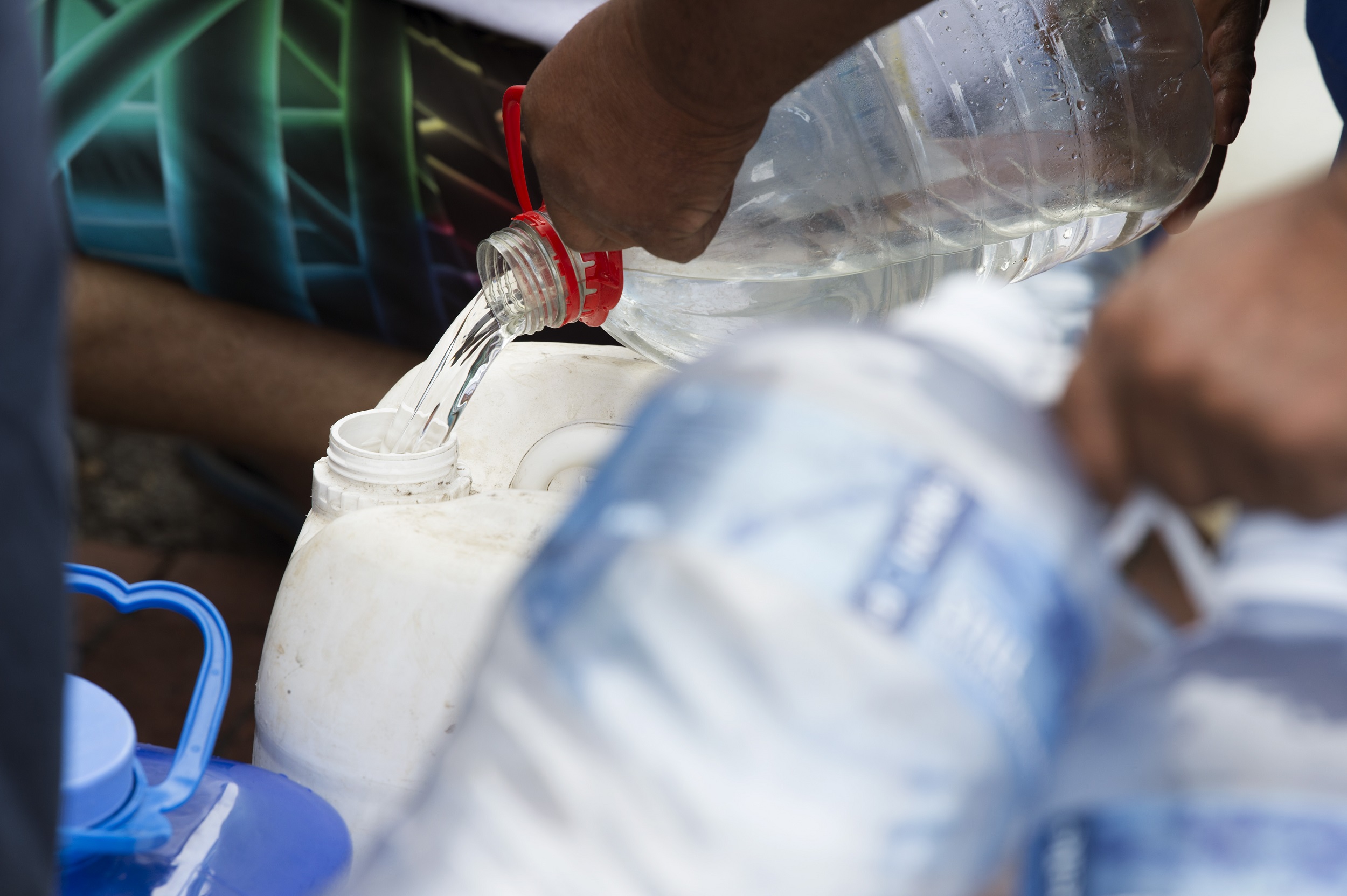 People collect drinking water from pipes fed by an underground spring, in St. James, about 25km from the city centre.

CAPE TOWN - Tensions are mounting at a natural spring in Cape Town that is popular with residents forced to contend with water restrictions due to severe drought, the city council said on Wednesday.

A fight broke out and one person was arrested by police earlier in the week in long queues at the Newland spring, southeast of the city centre, and local residents have complained of traffic gridlock.

Capetonians will be expected to abide by a 50 litre-a-day personal consumption limit from Thursday in an effort to avert the so-called "Day Zero" scenario which would see taps shut off across the city.

"Day Zero" is currently forecast for 16 April. Householders and traders would be forced to queue at 200 water collection points to collect a daily allocation of 25 litres.

The Newlands spring has attracted hundreds of residents keen to supplement their current 87-litre quota.

"A physical conflict broke out and a person was arrested by the South African Police Service," said city security chief Jean-Pierre Smith in a statement.

"Congestion and noise from cars and persons visiting the site at all hours of the day and night is causing many complaints."

Residents will only be able to collect 25 litres per visit to the spring and officials will be posted to the site 24-hours a day to keep order in the queue.