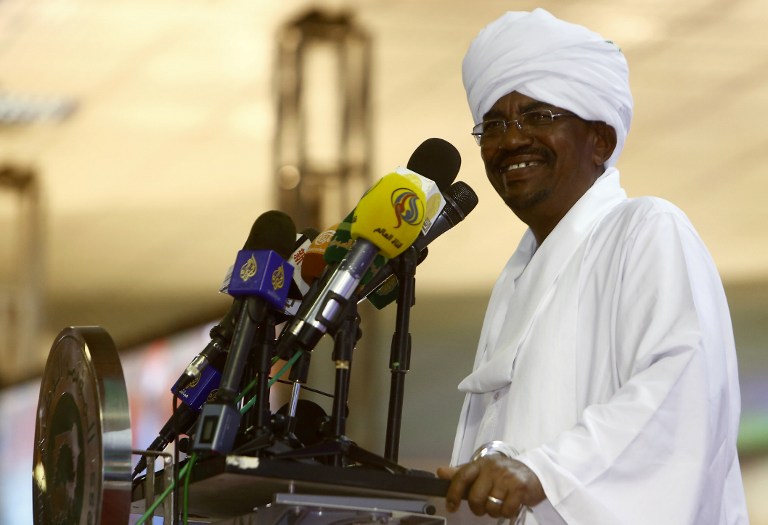 Sudan's President Omar al-Bashir delivers a speech following his reelection for another five years in office, on April 27, 2015, in Khartoum.

PRETORIA – Court proceedings, in a bid to have Sudanese President Omar al-Bashir arrested in South Africa, are set to resume in the North Gauteng High Court on Sunday afternoon.

Judge Hans Fabricius heard an urgent court order on Sunday morning, to have Bashir arrested in South Africa for alleged war crimes. He stood the matter down until 3pm, after issuing an order blocking the Sudanese president from leaving South Africa.

It is seeking an order compelling the South African government to honour an International Criminal Court arrest warrant issued against Bashir.

Bashir was indicted in 2009 and 2010 for alleged war crimes committed in Darfur.

They include allegations of crimes against humanity, and inciting violence like mass torture, genocide, rape and murder.

South Africa ratified the International Crime Court (ICC) Rome Statute, which compels those who sign it to adhere to ICC arrest warrants.

Bashir is among the heads of state attending the 25th African Union (AU) Summit at the Sandton Convention Centre. He reportedly landed in Johannesburg on Saturday afternoon.

On Friday, the South African government asked the ICC to exempt it from its obligation to arrest Bashir, as it was hosting the Sudanese president as an AU Summit delegate.

As the African News Agency (ANA) reported, "the South African government had urgently dispatched an envoy to the International Criminal Court (ICC) in The Hague to explain why it was letting him into the country and not arresting him."