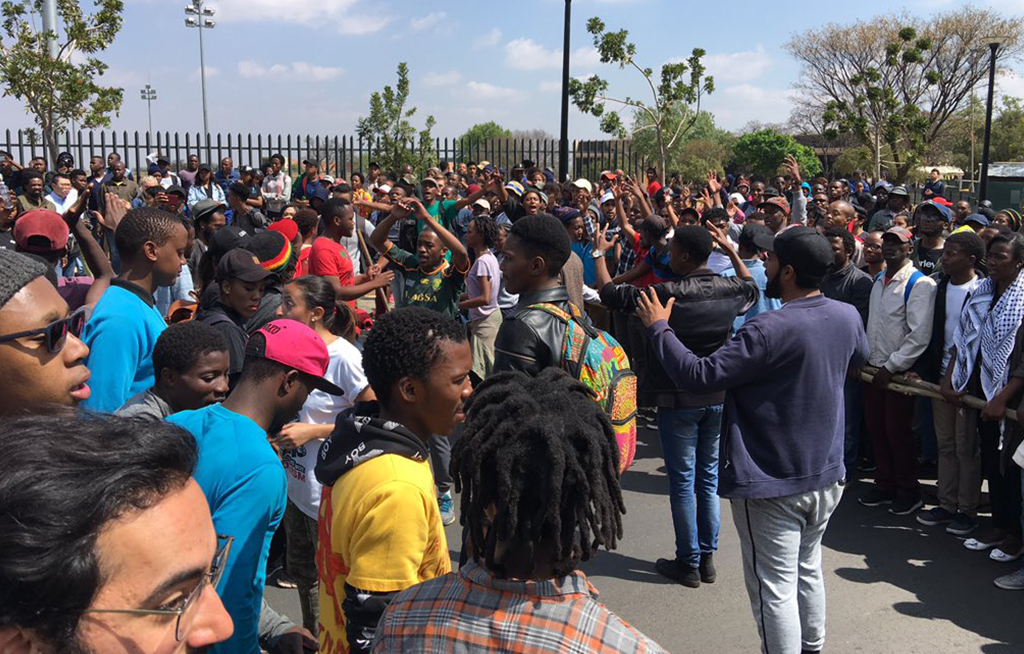 Students marched from the Braamfontein campus to the education and medical campuses in Parktown.

The university has decided not to suspend its academic programme, despite hundreds of students protesting. It says protesting students will be arrested if they do not comply with orders from police and security personnel.

Students on Jan Smuts have been fired at with rubber bullets and stun grenades, totally unprovoked! courtesy of @HermanMashaba

At least 31 people were arrested on Tuesday morning when a group of protesters blocked entrances to the Braamfontein campus.

Some claimed to have been manhandled by police.

First hand account from one of the arrested protesters at Wits Fees2017 pic.twitter.com/vAiJaGiHvx

The students are protesting to demand that fees not be increased next year.

Demonstrations on Monday and Tuesday are a response to the government&39;s recommendations to universities regarding fees. Higher Education Minister Blade Nzimande announced on Monday that universities and technical colleges would determine fee increases themselves, although the government recommended these be no more than 8%.

He also said the government would subsidise any increases for poor and "missing middle" students.

Students want free education for all.

Wits spokesman Shirona Patel said 10 people were arrested outside the university on Tuesday after a group of 30 to 40 protesters had blocked two entrances to the campus.

Listen to the podcast below:

It is exam time at the university and there are tensions about restricted access to the campus.

Police maintained a strong presence at Wits after the arrests.