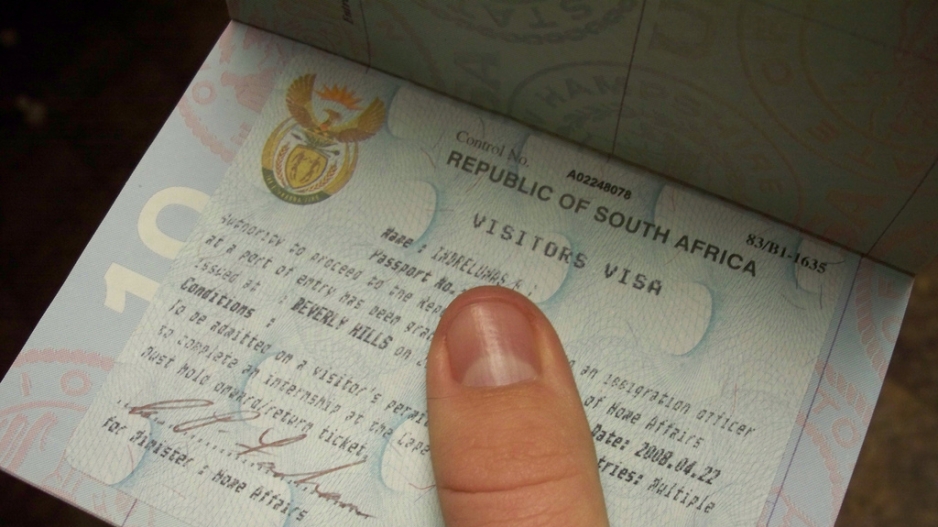 Stock image of a visitors visa to South Africa, for foreigners.

The regulations are part of government’s efforts to reduce child trafficking, but people who oppose it say the new rules will have a negative impact on the tourism industry.

For those planning trips abroad, here is a list of what you need to know:

1. Foreigners who want to visit SA must apply for visas in person at the South African embassies abroad and have their biometric data (fingerprints) captured.

2. Children under the age of 18 must carry full or unabridged birth certificates showing the names of both parents when travelling.

According to Africa Check, if both parents are not travelling with the child more documents are needed when entering the country:

4. When only one parent is travelling with a child: The parent staying at home must provide an affidavit providing consent to the child travelling with the other parent, as well as copy of their identity document or passport, Pretoria immigration attorney Julian Pokroy explained to Africa Check.

5. When couples are divorced: The Immigration Amendment Act is not entirely clear on the requirements if parents are divorced. Pokroy suggested that a certified copy of the divorce order should be carried in addition to the letter of consent from the other parent and a copy of their identity document. If the parent not travelling with the child has refused to give consent, then the other parent will have to get a court order, he said.

6. When one parent has died: If one of the parents has died, a certified copy of the death certificate must be taken along.

7. When the father is unknown: The mother will need to show an affidavit saying that she is solely responsible for the child, said Mayihlome Tshwete, spokesman for the Minister of Home Affairs.

8. When parents are the same sex: The full birth certificate allows for same-sex parents to travel with their children. “This is called A and B parents,” Home Affairs minister Malusi Gigaba tweeted recently.

9. When children are travelling without their parents: The Immigration Amendment Act states that the child must carry an affidavit from parents confirming that they have permission to travel without them – whether alone, or with a relative, school group or friends – as well as copies of the parents’ identity documents and contact details. When travelling with a relative or another adult, a copy of the unabridged birth certificate can be used.

10. When a child is travelling alone to South Africa: The child must carry a letter from the person that will be receiving him in South Africa, containing the person’s address and contact details, as well as a copy of the host’s identity document or passport. In this case, the Immigration Amendment Act makes no mention of carrying a birth certificate.

Parts of this article was originally published on Africa Check. Read the original article here.