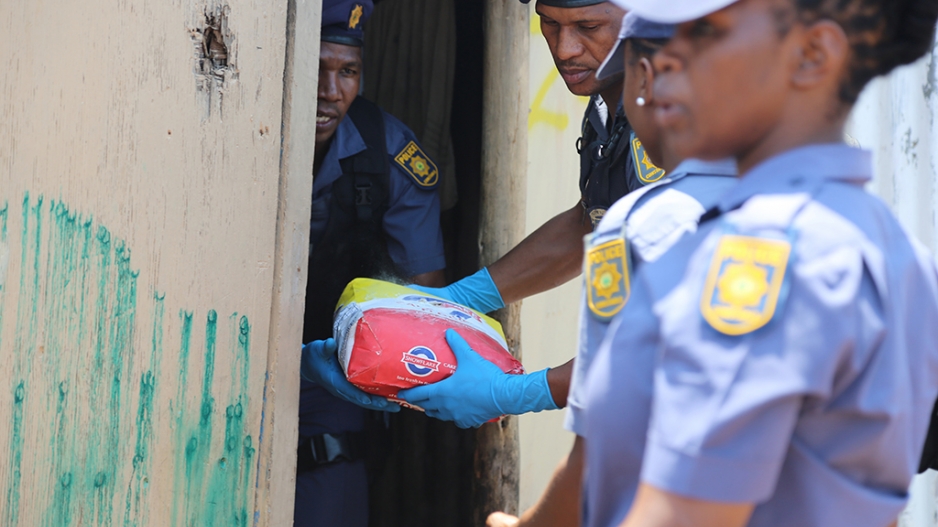 Police recovering looted goods from a nearby foreign owned supermarket in Zamimpillo informal settlement near Langlaagte.

JOHANNESBURG - Tensions between Somalis and locals in Langlaagte in the south of Johannesburg reached breaking point on Monday.

Two people were shot dead in a looting incident at a foreign-owned store in the early hours of Monday morning.

Police said two South Africans, one of them a security guard, were killed in the clash.

The shopkeeper has been taken in for questioning but no arrests have yet been made.

The incident has now sparked strong anti-Somali sentiment at the Zamimpilo informal settlement.