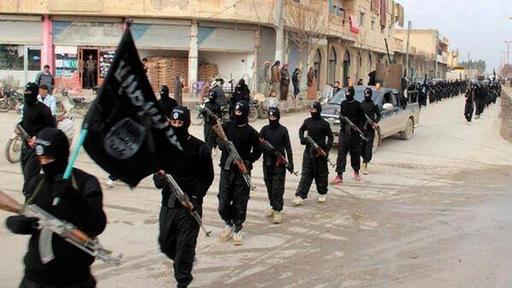 This undated file image posted on a militant website shows fighters from the al-Qaida linked Islamic State of Iraq and the Levant (ISIL), now called the Islamic State group, marching in Raqqa, Syria.

JOHANNESBURG - Four South Africans who tried to fly to Syria are due to appear in the Kagiso Magistrate’s Court on Monday morning on terrorism charges.

Three men and one woman were arrested by the Hawks on Saturday before they could board the flight.

"We stopped them from flying to Syria and the airline concerned was also informed and they were refused access," said Hawks spokesperson Hangwani Mulaudzi.

Foreigners have been travelling to Syria to join the Islamic State terror group.

Security experts have said there are no known militant groups operating in the country, but last month the United States issued an advisory to its citizens in South Africa to be vigilant.

The US embassy said up-market shopping areas and malls in the Johannesburg commercial hub and in Cape Town, widely regarded as South Africa&39;s tourism capital, were the main target areas in the suspected planned attacks.