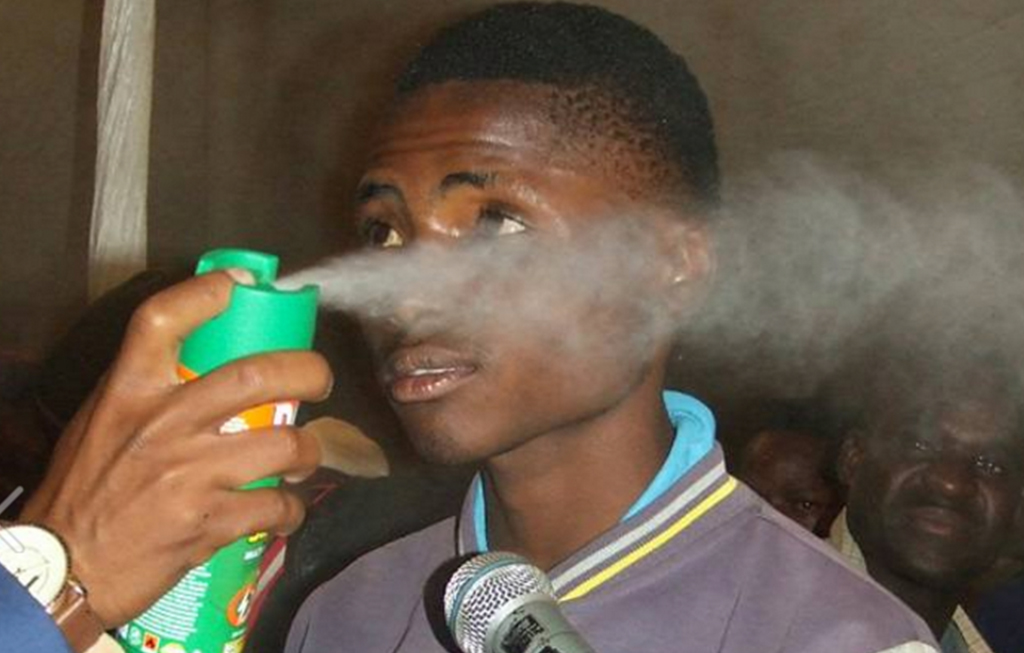 Prophet Lethebo Rabalago from Mountzion General Assembly in Limpopo says he uses Doom insect killer to heal people from any illness they have, be it cancer or HIV.

He commands demons to enter into people's bodies so that they can manifest, "for demons need flesh in order for them to operate".

According to the church's Facebook page, prophet Rabalago "begins to speak to demons in order to address problems people face each day. He then drives them out of their bodies to free the people."

People out here getting "healed" by Doom...Now I've seen it all..If someone sprayed me with Doom it would "bug" me pic.twitter.com/Rm45KfSUrL

I find this very disturbing. A pastor from the MZGA congregation is spraying people with Doom insect repelant to heal them. pic.twitter.com/NEgJyE2AMj

eNCA.com spoke to Prophet Rabalago on Monday and he said that he uses Doom insect killer to heal people with cancer, HIV or any other illness.

Rabalago said he prays over it first like some people who use oil or water for blessings.

The Facebook page features testimonies of people who were healed by the prophet.

This congregant told the prophet that she suffers from an ulcer. He sprayed Doom on her and she received healing and deliverance.

We give God the glory!

"I have pains on my waist. Since I gave birth to my child in January 2014, I haven’t seen my periods. My ear was also painful.

"The man of God sprayed Doom on me and my ear was healed and don’t feel any waist pains anymore."

Click in the image gallery above to listen to an exclusive interview with the Doom prophet.

Watch the gallery below for more bizare 'healing' practises