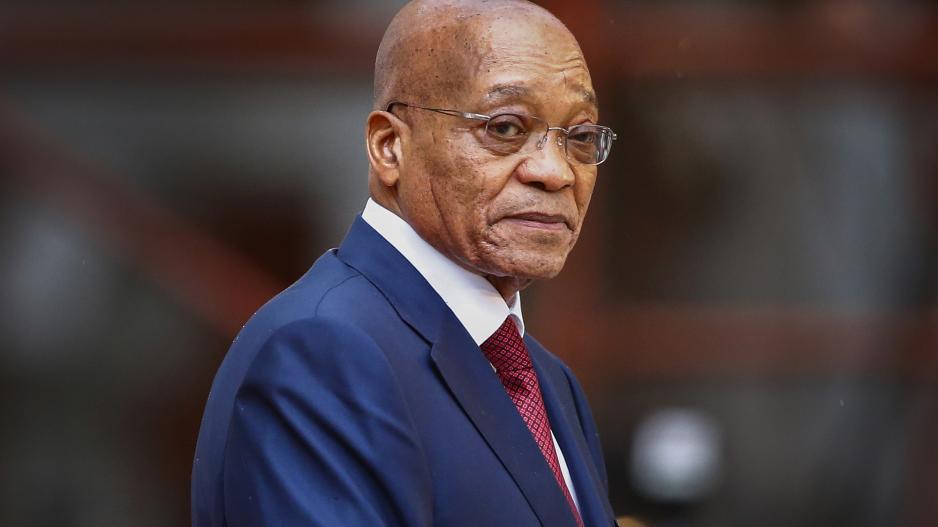 Calls for President Jacob Zuma to resign over the Nkandla matter continued on Sunday.

* Editor's note: All three audio recordings are 180 minutes long (in total). Please note it may take some time to buffer before playing.

JOHANNESBURG – A transcript of former Public Protector Thuli Madonsela’s four-hour-long interview with President Jacob Zuma on 6 October was made public by the public protector’s office on Wednesday afternoon, along with the release of the State of Capture report.

“All I’m asking is for honest answers,” says Madonsela in just one of her pleas to Zuma to answer her questions.

“Those answers can’t change with legal advice, they can’t,” she says as Zuma defers repeatedly to his legal representative.

The report makes a number of observations, based on evidence gained from cellphone records.

One of them is that the president may have violated the Executive Ethics Code by turning a blind eye to alleged corrupt practices.

* Watch the video in the gallery above where Zuma tells the National Council of Provinces on 25 October that he never met with Madonsela and never got the opportunity to answer questions.

The transcript details Madonsela’s frustrated discussions with the president’s lawyer Michael Hulley over process and the president's explanations of why he couldn’t answer questions about his relationship with the influential Gupta family.

“The president will tell me the honest fact of why he removed Mr Nene and why he appointed Mr van Rooyen?

“Sir, why do you need a lawyer to advise you, because the lawyers advised you then before you did that?

“Why do you need a lawyer to be able to tell me why you removed any of those ministers?” asks Madonsela.

The interview concluded with the former public protector agreeing to accept an affidavit from Zuma responding to her questions, with a follow-up meeting to ask questions. Instead, she received an interdict, a day before she was due to leave office, that aimed to prevent her releasing her findings.

The following timeline shows the events that led to the 6 October interview.

22 March 2016 – The public protector’s office sends a direct letter to the president advising him that there is an investigation taking place.

13 September 2016 – The public protector requests a meeting with the president with the following purpose: “I would like to have a meeting with you to brief you about the investigation into allegations of state capture.

“The meeting will also enable me (the public protector) to afford you (the president) an opportunity to answer to the allegations made against you, to the effect that you ought to have known and/or allowed your son Mr Duduzane Zuma to exercise enormous undue influence in strategic ministerial appointments as board appointments at state-owned entities.”

21 September 2016 – A letter of acknowledgment is sent to the public protector’s office and a meeting is set up for 6 October.

Below is a summary of the meeting.

Hulley begins by explaining why there hasn’t been enough time to for the president to prepare responses for the public protector.

Zuma’s lawyer asks Madonsela why she is trying to complete the report so quickly.

Michael Hulley: “Well, maybe we should just cut to the chase and find out why there is a rush?’

Madonsela says the president had seven months notice to respond to her questions.

“We asked you, Sir, in March to respond to the issues that are being raised. There were seven months for us to receive a version from the president.”

Hulley continues to respond on behalf of Zuma with submissions as to why he hasn’t had time to prepare.

Madonsela: “I am concerned though that President, you are the President of the Republic of South Africa and you are employee number one.

“Normally when we are dealing with people who are responsible for the State, we deal with them and the lawyers they come in where necessary, because it is you who is accountable.

“I’m just worried that we are engaging with your lawyer ... in fact it is firstly unusual because the Act talks about you having a right to legal assistance, not representation.

“So we talk with you and we have had ministers accused, we talk with them and their lawyer assists where necessary.

“It is not true what your lawyer is telling you now, was telling this investigation, that you did not have an opportunity to respond. We sent you the request for an investigation in March and we asked you if you have any comments in response to the accusations?

This goes back and forth for 40 pages in the transcript.

Madonsela asks the president to respond directly to questions because it’s his name that will be held accountable for the process.

Zuma’s responds: “No, thank you. Thank you very much, Public Protector. You will also excuse me, I have got a very heavy flu, which has changed my voice a little bit.”

The President adds that he is willing to respond but that  he thought the March letter was the public protector saying that she is looking into state capture and “not as a request saying prepare yourself, you will have to come,” he says.

Then he tries to push Madonsela for more time.

“I would really request that you give me some time to look and get the advice from my legal people as well, and look and read, because I have not even read the allegations that have come, what is in the papers that have been there.

“Legal people were looking at them and we could arrange for me to then answer the questions after this, but for today I would be really ill-prepared.

“I’m willing to answer, but I would request some time to look at the matters that had been given to me and also get advice, legal advice.”

The former public protector says she is surprised that Zuma’s legal team did not advise him because the allegations (about the Guptas being involved in the removal and appointment of the finance minister) were made in the public domain and exist in newspaper clippings.

“It’s not about refuting people’s allegations – it’s about telling me what you know,” she says.

The public protector then gives Zuma an example of some of the questions she wants answered.

“For example, my first question would say, if you can explain what is your relationship with the Gupta family, how it started, when and how did you meet the Gupta family?

“So those are just simple questions. You don’t need a lawyer to advise you. None of them are legal in their nature. They are just factual questions.”

Madonsela: “I think it would be proper at this stage to say the president does he need a lawyer to help him to remember these things, because they are factual issues, they are not legal issues?”

Zuma gives another reason he can’t answer her questions then.

“It is not a small matter. If I don’t apply my mind, I can think the answer is very simple and it might not be very simple.

Madonsela: “We don’t give the questions in advance, Sir, because we want answers that are coming from your heart, not prepared answers.”

The president argues that he has already answered the media and other people about whether he is friends with the Guptas.

“I would answer the same way,” he says.

Madonsela: “If it won’t differ what then would change from today to the time we have that interview, if you are going to give me exactly the same answer you have given to the media or any other person has ever asked you about these matters?”

The president says the public protector is not an ordinary person and his responses to her might have legal consequences so he needs more time to prepare his answers.

Zuma: “The people I have answered to they do not have to take a decision about what I was answering them about, so I had to say anything without serious thought, even if the answer was the same.

“This is all I’m saying and that is why I say I need to understand what are the allegations, because people have been making a lot of allegations out there.”

The public protector pleads with the president to just give her truthful answers.

“For me as a public protector firstly what you are going to tell me I will consider it as your version of what you consider to be the truth and as you have  said yourself, that it would be the same version of the truth that you have given to the other structures, because it is really what you know.”

“That was not about you being the father of young Mr Zuma. It was about you as the President of South Africa being caught up.

Madonsela tries to make a ruling that the interview proceed. Hulley again intervenes, but the former public protector then tells him, politely, to shut up.

“Please can you stop talking for the President? Mister Hulley, I’m forbidding you from speaking. I’m not giving you an opportunity. I’m asking Mister President to address me.

“You are employed as his adviser, but not as his mouth.”

Adviser in the Presidency Advocate Bonisiwe Makhene offers that the president submits an affidavit to accommodate the timelines.

Madonsela gets frustrated about the waste of time.

Madonsela, Makhene and Hulley go back and forth about setting a future date to meet. Zuma’s lawyer says they don’t have time to meet by Monday.

Madonsela pleads with the president to comply with her request and make time to meet.

“I have played open cards here. The President was given an opportunity from March this year to respond to this or to make a comment. He chose ... he said he chose not to, but already by then it was clear that one of those three people wase suggesting that he had violated the Executive Ethics Code. That is not new, that is not coming today.”

“So Sir, let’s just stop with the innuendos. Let’s try to assist each other. Despite the ambush, we have put something on the table.”

“I’m really just appealing that you may assist me here, because these are issues about you rescheduling.

They agree to the submission of an affidavit and to have a meeting by the following Monday, 10 October.

The next thing that happened was that Zuma’s lawyers applied for an interdict blocking the release of the report, a day before Madonsela left office.

Zuma’s lawyers withdrew the interdict application on Wednesday morning this week, which led to the release of the explosive report, and this transcript later that day.