The heroes of Joburg's flash floods 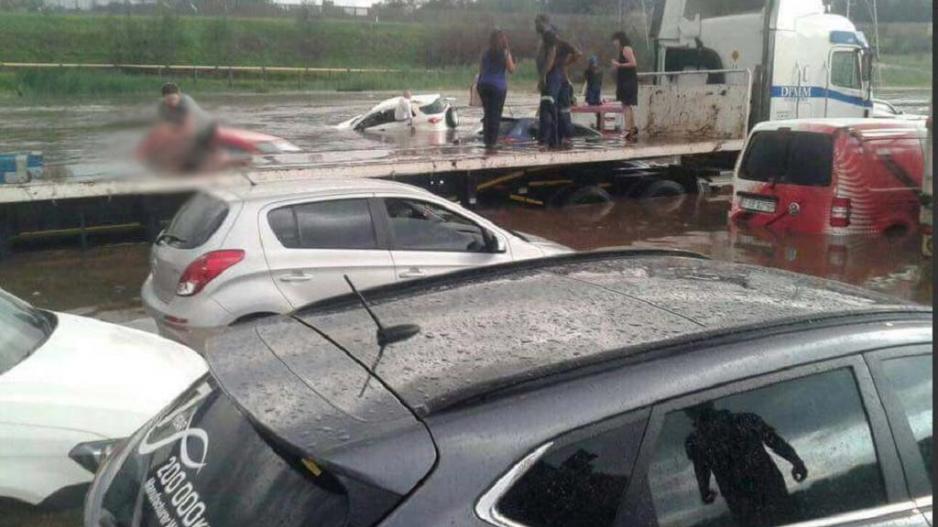 Bianca Bird performs CPR on a woman who drowned during the flooding.

JOHANNESBURG – In the midst of adversity, South Africans showed their spirit of humanity when Johannesburg was hit by flash floods on Wednesday afternoon.

The power of Humanity. pic.twitter.com/xwh8ct1NLi

One woman was photographed administering CPR to another woman on the back of a truck, one of many vehicles trapped in the floodwaters.

Bianca Bird recalled how she and several people nearly died during the flooding on the N3 between the Modderfontein and Linksfield offramps.

The spirit of #Ubuntu:
During the #N3LinksfieldFlooding incident a truck driver rescued a motorist & performed CPR!
https://t.co/qK2hQV355h pic.twitter.com/MljQFLzK49

During the downpour, vehicles were becoming submerged so she and her husband made a quick escape from her vehicle.

Once out, Bird realised that some people were trapped in their cars.

“I started screaming at people to exit their cars,” said a distraught Bird.

“There were people stuck in taxis and we helped a lot to get them out safely; it was too hectic. I am still a bit shocked.”

@Remmonem @EWNTraffic More photos showing the Spirit of Ubuntu! Well done to our own for helping in this time of need!! pic.twitter.com/q2OSnvLMkf

Bird realised that an unconscious woman had been pulled out of her car and onto the back of a flatbed truck.

“I immediately climbed onto the back of the truck to help her out. I was told that she was in a serious condition and was unresponsive,” said Bird.

“For 10 minutes I gave her CPR, I tried and tried but was not responding. Her pulse wasn’t there and she was cold, that is when I pulled over her clothes to cover her body.

“I tried my best, I desperately tried but I could not save her.”

Bird says she does not view herself as a hero but was merely helping out as best as she could.

“I was there for a reason.”

Several people also displayed heroic acts during the flooding that claimed four people. Men formed a human chain to help women and children out of taxis and across the to safety.

One thing we have in South Africa is the spirit of #Ubuntu during tough times. #proud! pic.twitter.com/vh0Jpe7CRB