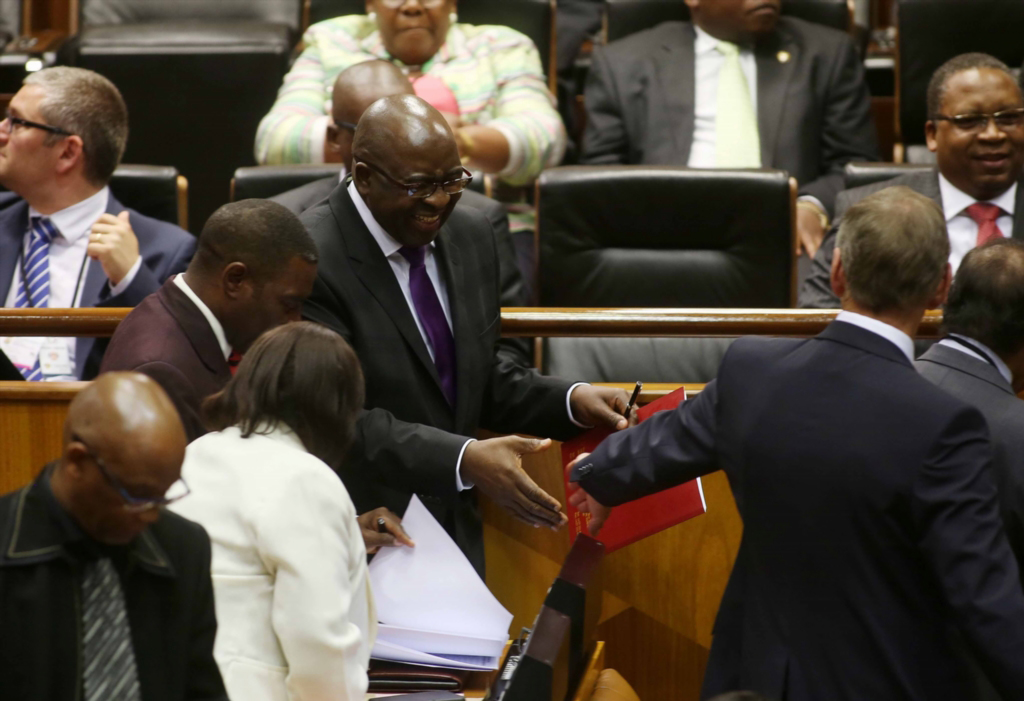 FILE. Minister of Finance Nhlanhla Nene during his mid-term Budget statement on October 22, 2014 at Parliament in Cape Town.

JOHANNESBURG – Nhlanhla Nene has been reinstated by President Cyril Ramaphosa as South Africa&39;s Minister of Finance.

Nene replaces Malusi Gigaba, who was returned to his former Home Affairs position. Nene was dumped by Former President Jacob Zuma on 9 December 2015. Zuma did not outline the justifications behind Nene’s dismissal when he strategically promoted Gigaba to Finance Minister.

Nene was replaced by David van Rooyen. Van Rooyen was reshuffled within 3 days of his appointment, which saw Pravin Gordhan returning to the finance department. These revolving changes lead to the hammering of the rand in the international markets.

According to The South African, after Nene’s removal the “PIC lost R106.2 billion in just 48 hours.”

Nene was implicated in a scandal where allegedly fake Gupta emails linked him to the procurement of engines worth R30-billion through Transnet.

“Amongst the letters, there’s this letter which is fake but also there’s a letter that comes from our office, which I find strange that it ended up in the Sahara entry,” said Nene in an interview.

Nevertheless, reports suggest that Nene’s appointment is market friendly, which is further leveraged by Pravin Gordhan&39;s appointment as Minister of Public Enterprises.