The smallanyana skeletons of the ANCs new top six 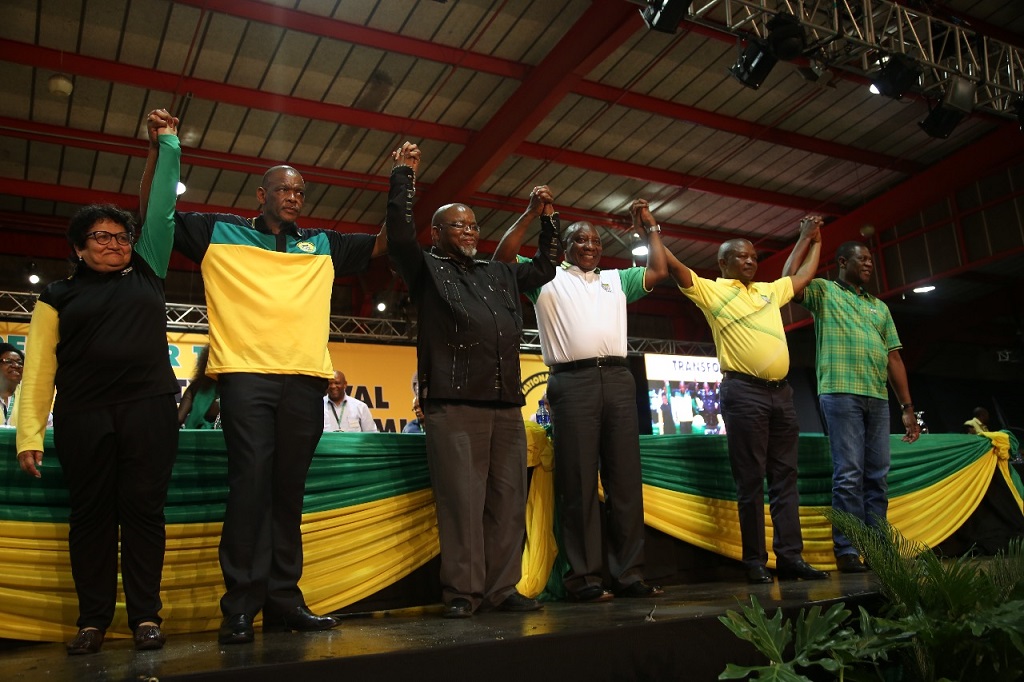 JOHANNESBURG – Now that Jacob Zuma is no longer the leader of the ANC, hopes are being placed on his successor, Cyril Ramaphosa, to fight corruption the way Zuma did not. A new top six, a new hope.

But none of the new ANC leaders is squeaky clean.

Here is a look at some of the scandals and allegations levelled against them.

If there is one thing that will haunt the ANC’s new president for the rest of his political career it is the blight of the Marikana massacre.

Cyril Ramaphosa was on the board of directors of Lonmin platinum mine during the workers’ strike in August 2012. Thirty-four mineworkers were killed on August 16 when police opened fire with live ammunition on a crowd.

Ramaphosa came under severe criticism for using his political influence to try to end the strike. He asked then-police minister Nathi Mthetwa to send more police to Marikana.

In emails between government officials and Lonmin executives, Ramaphosa asked for “concomitant action” to be taken against the strikers, whom he said were involved in “dastardly criminal” acts.

Earlier in the year, while on the campaign trail, he apologised and said he regretted his choice of words, explaining that he never intended for anyone to die.

In 2012, Ramaphosa came under fire after he bid R20-million on a rare buffalo, with many accusing him of being flagrantly extravagant in a country gripped by poverty.

In August 2017, the deputy president&39;s ex-wife denied allegations by EFF leader Julius Malema that Ramphosa had abused her.

A month later, Ramaphosa admitted to having an affair eight years ago and said he had told his wife. It followed discredited media reports that he had had a sexual relationship with several students as a so-called blesser.

One of the most scandal-ridden members of the new top six is David Mabuza who became Mpumalanga premier in 2009.

In 2010, Mabuza opened a case with police alleging R14-million in cash was stolen from his farmhouse. However, the provincial organised crime unit insisted only R1,200 was stolen and Mabuza later reported only R4-million missing. The investigation into the case went nowhere.

In the same year, Mabuza was accused of "buying" his premiership by "gifting" R400,000 towards President Jacob Zuma’s 2008 wedding to Nompumelelo Ntuli. The Presidency did not deny the claim of the gift.

One of the most chilling allegations against Mabuza is that he is behind a number of political killings in Mpumalanga.

One of them is the 2009 alleged fatal poisoning of a whistle-blower in tender corruption related to building the Mbombela Stadium for the 2010 FIFA World Cup.

IN PICTURES: Bitter-sweet moments as the ANC announces its leaders

Another political hit includes that of Mbombela speaker Jimmy Mohlala, who was gunned down in 2009, also after speaking out against World Cup corruption.

And in a similar vein, in January 2010, the head of communications of Mpumalanga&39;s Department of Sports, Culture and Recreation, Sammy Mpatlanyane, was fatally shot at his Nelspruit home.

It is also claimed Mabuza is behind the arrest of Sunday Times journalist Mzilikazi Wa Afrika in 2010, after the latter published a series of articles about how senior Mpumalanga officials hired a Mozambican national to act as a hitman for the provincial government.

In 2014, two men came forward, claiming they were part of a “dirty tricks” task team formed by Mabuza, who allegedly promised them R3-million and government jobs if they suppressed allegations that he was behind the political assassinations.

In 2015, the City Press reported that Mabuza himself was poisoned and forced to take two months’ leave while being treated.

Most recently, Mabuza was accused of operating a personal militia that intimidated delegates during branch general meetings. It followed the emergence of a video showing a group of men, allegedly ANC members linked to Mabuza, firing live ammunition into the air.

Another scandal-dogged top-six member is the new secretary-general.

The Guptaleaks emails showed how the Guptas groomed Magashule and his sons for political favours.

Independent investigative centre Amabhungane revealed that the premier’s staff officially invited a senior Indian politician to the province on a Gupta associate’s request. This was in an attempt to have a private flight of guests for a Gupta wedding cleared as an official flight, allowing it to land at Waterkloof airforce base.

The documents also reveal how the Free State government paid for a failed dairy farm project, from which the Guptas made a handsome profit. The family reportedly used R30-million from the project to pay for the lavish wedding.

Magashule also hit up the Guptas for airtime for ANC members, while his children, in particular his son Tshepiso, worked directly for the family and provided them with access to the Free State government.

Magashule has insisted the dairy farm is profitable and that the Guptas are not involved, despite the trove of documents proving otherwise.

In 1998, the Mail&Guardian revealed that then-Gauteng MEC for Safety and Security Jessie Duarte, provided them with a fake document to try to clear her name, following a series of damning claims against her.

Duarte was accused of forcing a staff member in her department to create a fraudulent document to clear the MEC of driving a government vehicle without a licence when the vehicle was involved in an accident.

It was also revealed her media adviser, Mbulelo Musi, crashed three government cars while driving without a licence.

She was forced to quit that position after a commission of inquiry found there was a “strong suspicion” she covered up her accident.

Earlier this year, she also denied involvement in the appointment of her son-in-law Ian Whitley as chief of staff for Des van Rooyen, when the latter was appointed finance minister and days later moved to the Co-operative Governance Ministry. Whitley allegedly leaked a confidential government document to associates of the Guptas just two days into Van Rooyen’s tenure as head of Treasury.

He was cleared by the province’s integrity commissioner of conflict of interest.

Mashatile has been named as the "king" of the so-called Alex mafia – a group of former activists from Alexandra township in northern Johannesburg who rose to positions of power in business and politics.

Members of this group have repeatedly been linked to allegations of corruption and gross incompetence at the Gauteng Shared Services Centre (GSSC), the province’s administrative agency, which answered directly to the premier. Some "Alex mafia" members were shareholders in Business Connexion.

In 2016, the Daily Dispatch revealed that a company linked to the wife and son of former ANC secretary-general Gwede Mantashe was awarded a R631-million tender to build toilets in the Amathole district municipality in the Eastern Cape.

It emerged that proper procurement processes were not followed in the awarding of the contract to Siyenza Group. A company belonging to Nolwandle and Buyambo Mantashe was awarded a sub-contract by Siyenza. Lindiwe Zulu’s son is also linked to the project.

Earlier in December, Mantashe brushed off allegations of a sexting scandal. It was claimed that he engaged in a risque WhatsApp conversation with a young woman.

Weekly Expos published screen shots of what it claims was sexually explicit texts from Mantashe to the 23-year-old woman. It also reported he asked her for nude photos and that he shared sensitive information about his then position in the ANC.