WATCH: 'There's not a tittle of evidence against Gordhan': Kriegler 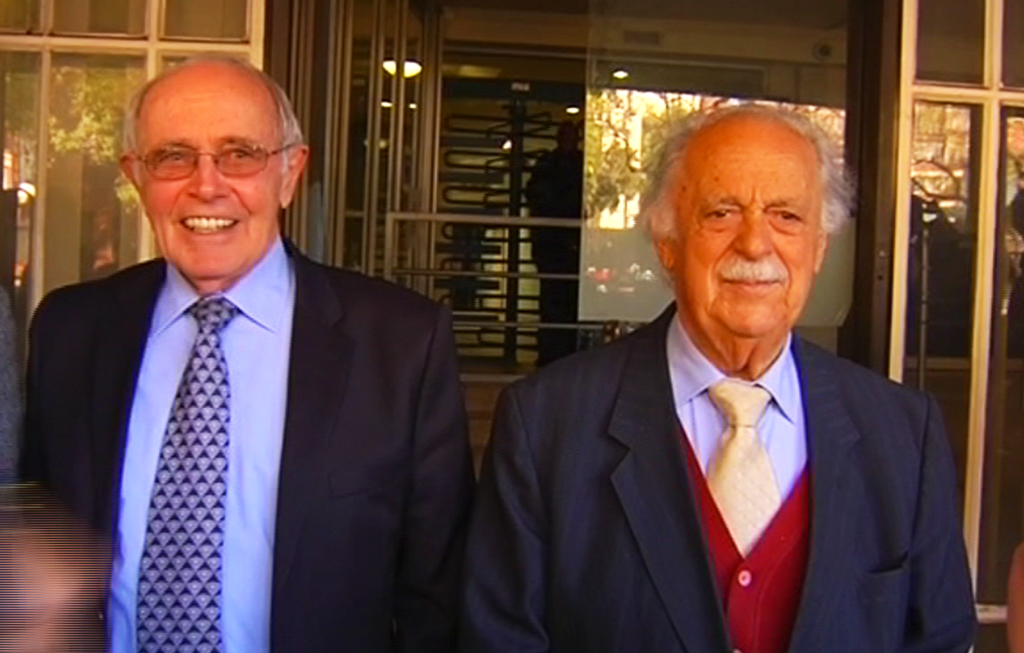 PRETORIA - Members of civil society, a church delegation and veteran human rights advocate George Bizos have gathered outside the Hawks offices in Pretoria in support of Finance Minister Pravin Gordhan and other former Sars officials.

"Essentially we are here to show our solidarity with people who we regard to be good loyal public servants throughout their lives who are being victimised for reasons which are sinister.

"I’m convinced that there’s not a tittle of evidence against Minister Gordhan," said Kriegler.

This was regarding their involvement in the establishment of the so-called rogue unit at Sars.

The fact that PravinGordhan has been given warning statement to complete deeply concerning. It&39;s what happens before someone is charged.

On Wednesday night Gordhan said he would not be presenting himself to the Hawks, based on advice from his lawyers.

"I remain committed to assist the Hawks in any bona-fide investigation as stated in my statement.

Bizos said this cause was important to him because part of his job as a lawyer is to ensure that the law is in accordance with justice.

"We are concerned about the future of justice and law in South Africa.

"Judge Kriegler and many others, like the Helen Suzman Foundation, have fought apartheid for many years.

"We are concerned that the events of the past are being repeated.

"Now we stand by the minister of finance, we hope that the people of South Africa will stand by him and that this prosecution is nipped in the bud," said Bizos.

EXPLORE: An interactive timeline of the troubles at the Treasury

One of the activists, Mark Heywood from Section27, said Gordhan is clearly being harassed.

Thursday’s show of force is also aimed at defending the independence of institutions like Sars and the Public Protector&39;s office.