Things are about to get ugly: Zuma's wife 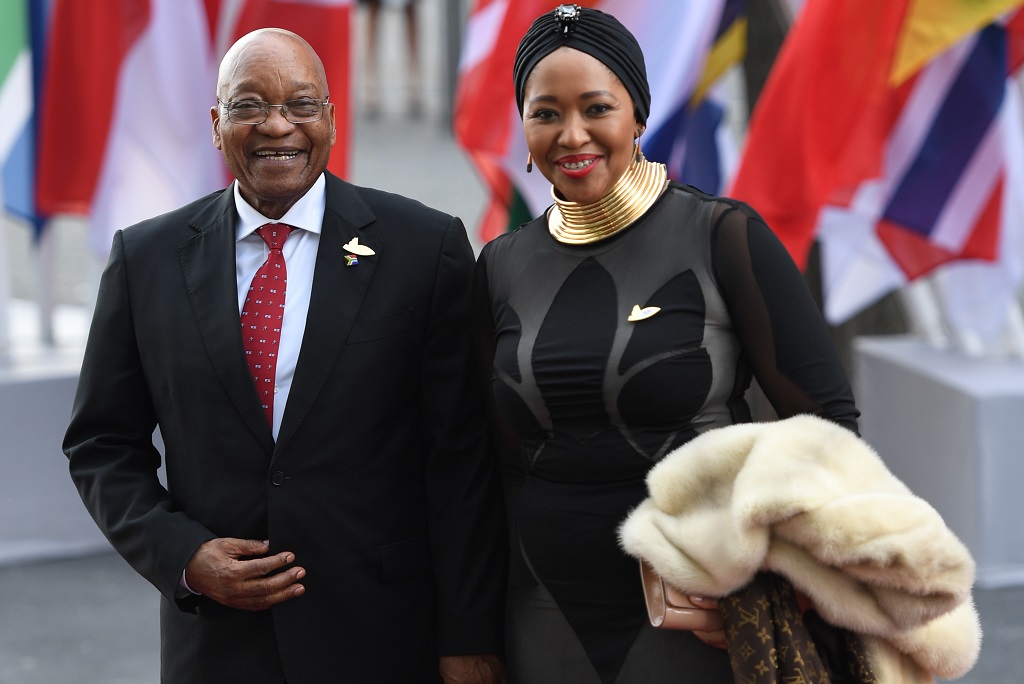 President Jacob Zuma and wife, Thobeka Madiba-Zuma arrive for a concert at the Elbphilharmonie concert hall during the G20 Summit in Hamburg, Germany, on July 7, 2017. PATRIK STOLLARZ / AFP

JOHANNESBURG - President Jacob Zuma&39;s wife Thobeka Madiba-Zuma has suggested in a post on social media platform, Instagram that he will not go down without a fight.

Referring to Zuma as her "everyday crush", the first lady said: "Umsholozi did not join the ANC in 1991, jumped ship nor hip hopped between the struggle and wealth accumulation.

"He left his home at a tender age to fight apartheid. He was prepared to pay the ultimate price. He will finish what he started because he does not take orders beyond the Atlantic Ocean."

Madiba-Zuma posted the message with the hashtag mattersofthestomach. She uses Zulu in parts of her post which, translated, suggests "things are about to get ugly" and "don&39;t fight someone who is not fighting with you."

Speculation is rife that Zuma&39;s resignation as the country&39;s President is imminent with the African National Congress (ANC) having postponed events that are traditionally hosted after the State of the Nation Address (SONA).

This week, SONA was postponed (it was supposed to have occurred Thursday), with a new date for the annual event yet to be set.