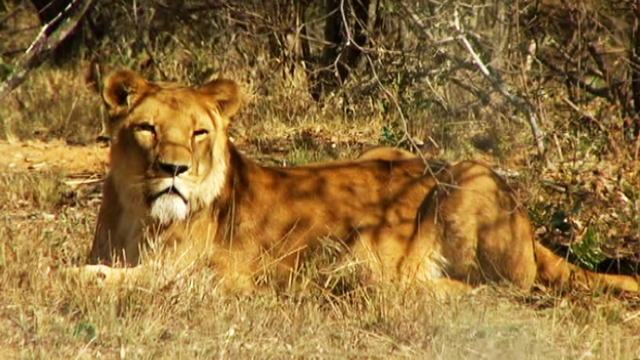 Limpopo, 31 May 2015 - It's been a dream come true for a Limpopo teen. She's successfully relocated a pair of abused lions to the South African bush-veld, after three long years.

JOHANNESBURG – The NSPCA has condemned an incident at the Lion Park near Lanseria on Monday afternoon.

An American woman was mauled to death after a lioness jumped through the window of the passenger side of the car and bit her.

A man who was driving the car was injured when he tried to fight off the lion.

This is the third attack at the park in the last four months.

"Places like the lion park are no good for the visitors or the animals", said Ainsley Hay, manager of the NSPCA’s wildlife protection unit.

“Places that keep lions in captivity claim to be doing it for education and conservation purposes but if you can’t even educate visitors to keep windows closed how are you educating them?”

The car window was open said acting operations manager at the park, Scott Simpson, despite warning signs all over the park to keep windows closed.

With windows down, what exactly did they anticipate would happen? Human beings should stay far away from wild animals LionAttack

Earlier attacks at the park in 2015 involved an Australian man who was attacked in March after he left his window open. A 13-year-old who cut through the park while riding his bike was attacked a few days later.

“How are you educating visitors that lions are potentially dangerous predators if you let people play with and cuddle lion cubs?” said Hay.

I was at the Lion Park some weeks ago and came out alive cos the signs are VERY CLEAR and we LISTENED lionattack pic.twitter.com/8SXJOOyLtS

Hay said the lion park is just a money-making scheme that’s got nothing to do with conservation.

Simpson said the lioness has been taken to a separate enclosure until the park’s investigations are complete.

The US embassy in South Africa has commented on the lion attack.

We can confirm that a U.S. Citizens was killed at the Lion Park in Johannesburg yesterday.

The U.S. Embassy and Consulate General in Johannesburg are providing all possible consular services.

Out of respect for the privacy of the family, we will not be releasing the name or commenting any further.

Our hearts go out to the family and loved ones of the deceased in this sad incident.