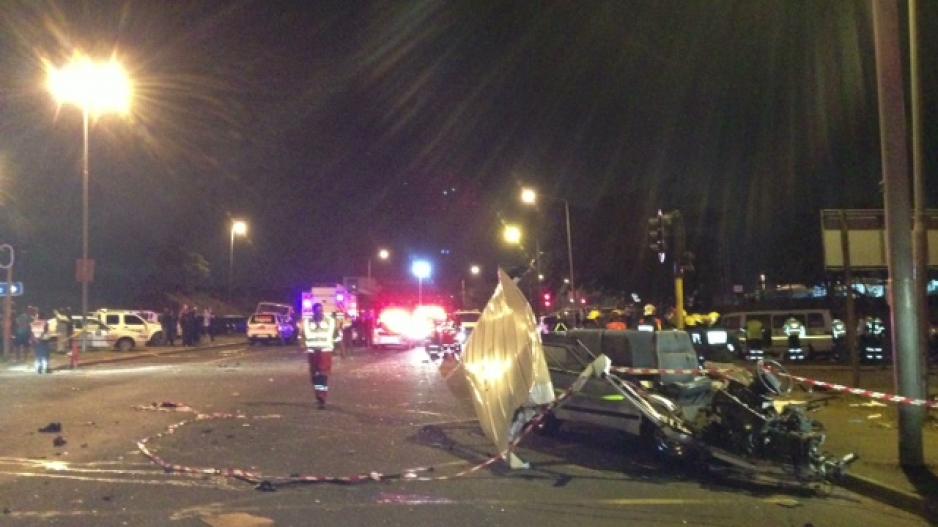 A picture taken at the accident scene in Field's Hill, Pinetown where 24 people died when a truck crashed into four minibus taxis and a car on September 5, 2013.

DURBAN - Three people were arrested on Tuesday at the Durban testing ground which issued the roadworthiness certificate for a truck involved in a crash that claimed 24 lives.

The three men, aged between 66 and 28, face charges of fraud and corruption and are expected to appear in the Phoenix Magistrate&39;s Court on Wednesday.

They were arrested at the Phoenix Testing Station by the Road Traffic Management Corporation&39;s (RTMC) anti-corruption unit and the police.

The unit&39;s deputy head Jody Pillay said they were arrested during a sting operation. They face six counts of fraud and corruption.

Pillay said one of the men was apparently tasked with obtaining business, while the other two would process certificates at the privately-owned testing ground.

He said a roadworthy test normally cost R250, but unroadworthy vehicles would be passed as being roadworthy for R450. He said the incident was not isolated.

"The problem is countrywide. There are fly-by-nights and there are continual operators. It&39;s all about money. They just want to turn a quick buck."

The three covered their faces with jackets as police escorted them from the testing ground.

Pillay said the truck that was involved in the crash on Fields Hill, near Pinetown, on September 5, had been certified at the Phoenix Testing Station.

He could not say if any of those arrested were involved in issuing the roadworthy certificate for the truck.

The driver, Sanele Goodness May, faces 24 counts of murder after the truck crashed into four minibus taxis and two cars.

Pillay said further investigations were underway and that the RTMC would approach the provincial government to have the Phoenix station&39;s licence revoked.

He said it was possible that vehicles approved by the Phoenix Testing Station could be recalled to undergo roadworthy checks again.