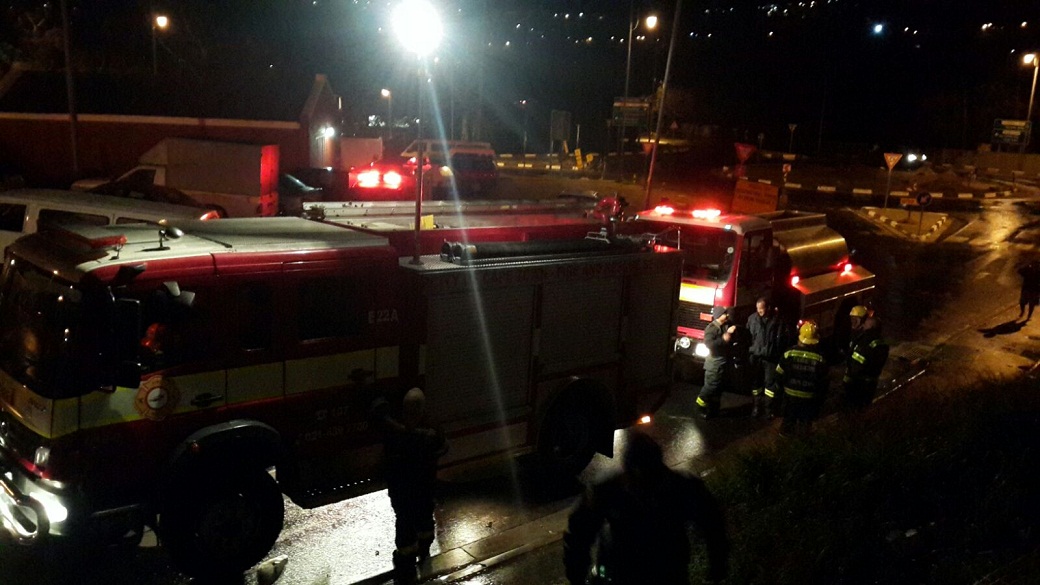 An image of a fire brigade vehicle in Hout Bay during a blaze, 12 August 2015.

The blaze broke out late on Wednesday night in the violence ridden area.

Three shacks were destroyed in the Imizamu Yethu informal settlement where between 15 to 17 have been displaced.

An adult male and female together with an unidentified person suffered fatal burn wounds.

The cause of the fire is unknown with police still investigating.

Witnesses reported smelling petrol and hearing an explosion, there are talks of a petrol bomb.

Residents allege it was a domestic dispute and not related to gang violence.

The shacks that burnt down are directly across from the police station at the circle in Hout Bay.

In the same area on Tuesday night, protesting residents of the informal settlement descended on the streets armed with spears, sjamboks, knives and knobkieries.

They say they were on a mission to drive criminals out the area.