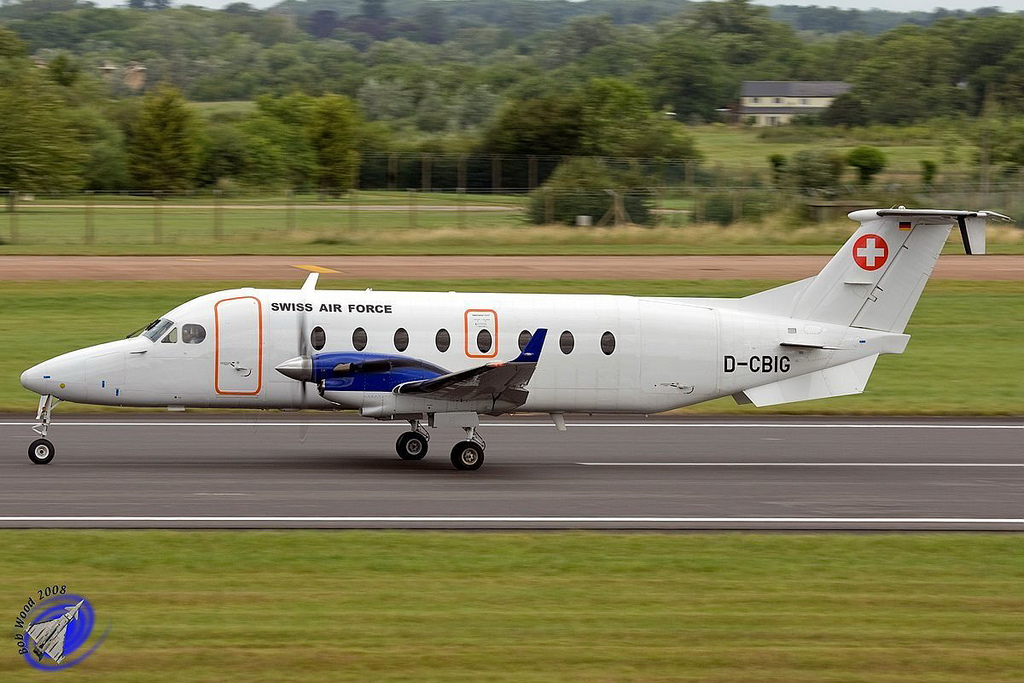 FILE image of Beechcraft 1900D, the one in this picture belonging to the Swiss Air Force

* EDITOR&39;S NOTE:  This story has been amended to reflect the correct number of deceased and the correct type of aircraft involved.

JOHANNESBURG - At least three people died when a small aircraft crashed on landing at Lanseria airport, north-west of Johannesburg.

The light aircraft reportedly went down in heavy rain and burst into flames on impact.

It had reportedly completely missed the runway, and crashed in an open area near the ExecuJet building.

The identities of the deceased have not yet been released as their next of kin are yet to be informed.

eNCA.com is aware that those on board were two passengers and one crew member.

They were the only people on board.

Gavin Sayce, CEO of Lanseria airport, has confirmed that the plane was a King Air 90, which is a twin-turboprop aircraft produced by Beechcraft.

These planes are capable of holding up to seven passengers.

Sayce said the crash has not affected airport operations, as the wreckage is far from the runway.

Lanseria Airport spokesperson Claudette Vianello says airport staff are working with authorities, to establish the cause of this morning&39;s crash.

Sitting on the runway at lanseria. But just seen this pic.twitter.com/tHKGn692ow

--- what a tragedy at Lanseria Airport this mornin. we could see the craft, and my heart broke in pieces. so sad pic.twitter.com/zBqlUJHv5T

When the @FlyMangoSA pilot announced there was an incident on the runway, you do not expect a plane crash with 3 fatalities lanseria crash