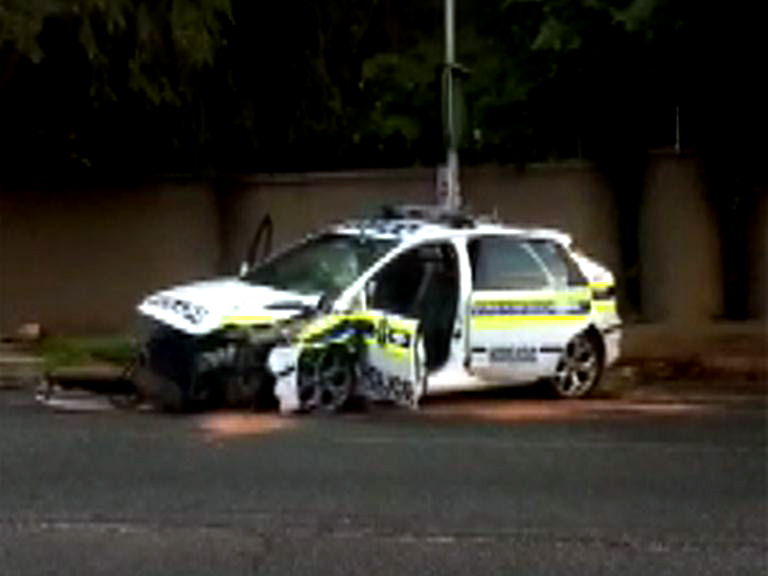 A policeman has been seriously injured in a high speed car chase on Corlett Drive in Johannesburg.

Johannesburg - Three people were killed when a South African Police Service (SAPS) tactical response vehicle collided with a taxi on the N2 in Piet Retief, the Mpumalanga community safety department said on Saturday.

Spokesman Joseph Mabuza said two police officers and a passenger from the taxi were killed in the accident on Friday.

"The vehicle that the officers were travelling in sideswiped a minibus that was travelling towards Piet Retief and left three dead on the scene."

Two other officers who were in the police vehicle and seven passengers from the taxi were seriously injured.

They were all taken to nearby hospitals.

MEC Vusi Shongwe sent his condolences to the families of those who died.

He said the death of the officers was a great loss to the province as they were young, hard working officers who were dedicated to fighting crime.