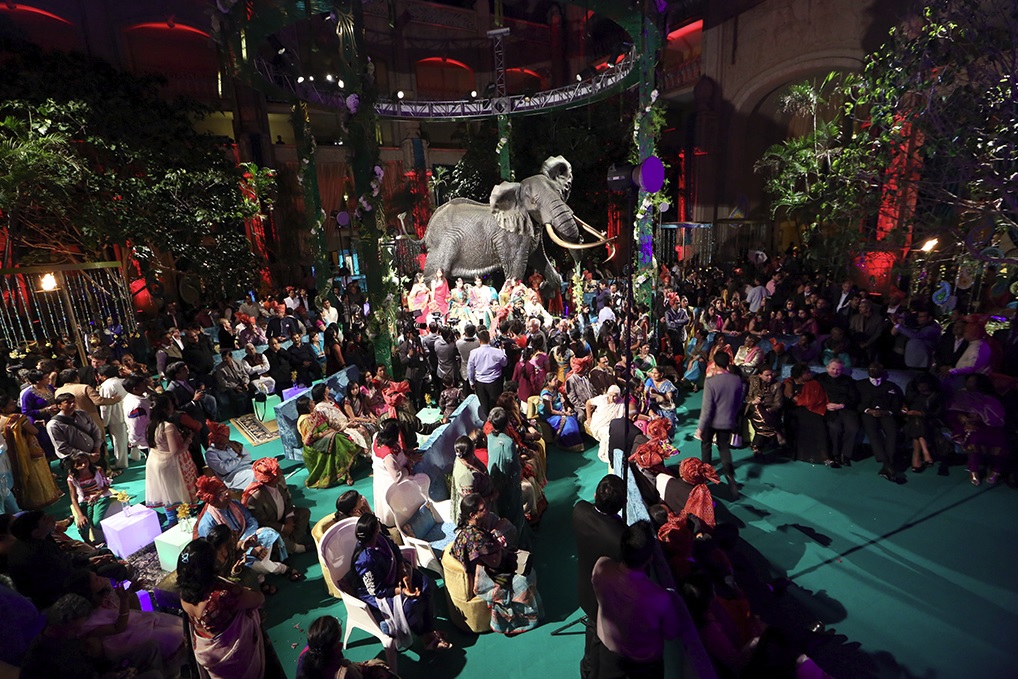 FILE: Guests from the Gupta Wedding at international departures Terminal A at OR Tambo International Airport on May 3, 2013, in Johannesburg.

JOHANNESBURG - Five years ago the Guptas flew into South Africa for a lavish family wedding.

A private jet landed at the government&39;s Waterkloof Air Force Base on 30 April 2013 with more than 200 passengers on board.

The group then attended a four-day celebration at Sun City in North West.

A few of the guests on board a private jet that landed at Waterkloof were Indian government ministers, but most of the guests were civilians, meaning the landing flouted protocol.

The South African public’s response was vehement, sparking scrutiny of the Guptas and their proximity to then President Jacob Zuma.

Half a decade later, we know a lot more.

The glitzy nuptials of Vega Gupta, a niece of the Gupta brothers, featured in lifestyle media, showing that Bollywood stars and VIP guests were present.

KPMGCEO Moses Kgosana raved about the ceremony in a letter to Atul Gupta.

Zuma was invited but did not attend.

WATCH: Lessons to learn from KPMG

Tens of millions of Free State government funds paid for the lavish wedding.

That money was supposed to have benefited black farmers through the Estina Dairy Project.

According to Craig McKune of the amaBhungane Investigative Journalism Centre, "The Guptas laundered the money offshore through Dubai, and brought it back to South Africa, where it landed with a company called Linkway, which was audited by KPMG.

"We did an article on that after the GuptaLeaks broke, and we showed how money that was supposed to benefit poor farmers instead went to pay for the Gupta wedding. And we asked serious questions of KPMG."

A 2017 KPMG international investigation found the Linkway auditing was poor.

Yet it found no evidence of dishonesty or unethical behaviour by KPMG South Africa staff.

In September, the firm pledged R40-million to education and anti-corruption work. The amount was based on the total fees KPMG earned from Gupta-related entities.

How did the Guptas manage to land a private jet at an airforce base? And on whose instructions were officials breaking the rules? Days after the 2013 landing the government announced an investigation.

The fall guy that emerged was Vusi Bruce Koloane, then chief of state protocol.

Koloane argued the flight was a sensitive official visit.

An investigation found he had used Zuma&39;s name illegally to clear the landing.

Koloane was suspended over the Guptagate scandal, but soon won a plum job as South Africa&39;s ambassador to the Netherlands, in 2014.

READ: What now for Koloane?

The ring around the politically connected Guptas appears to be tightening.

In February, authorities raided the family&39;s Saxonwold, Johannesburg home in connection with the Estina dairy project.

Days later, eight suspects appeared in court and were released on bail.

The matter was postponed until 17 August.