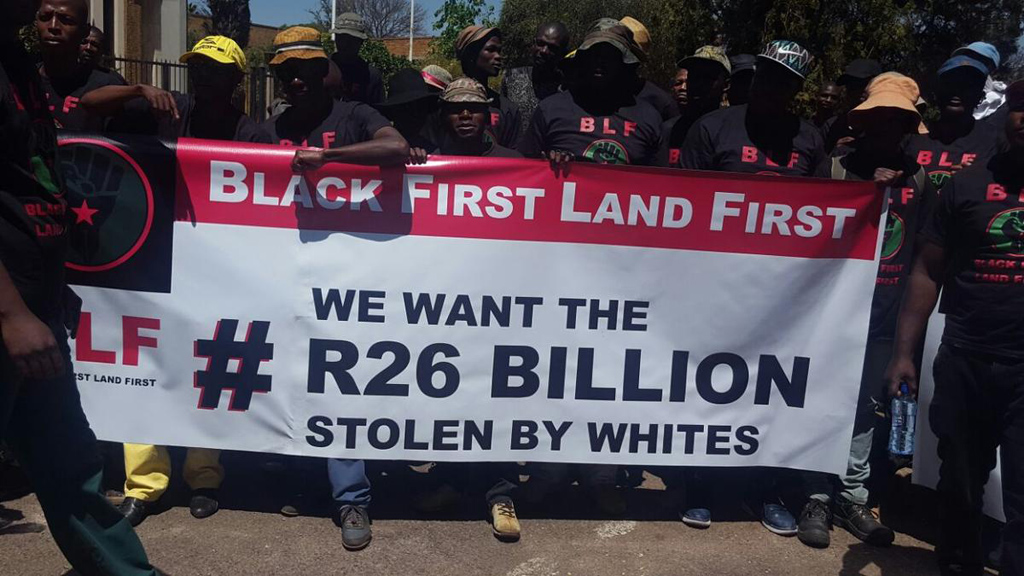 PRETORIA – Protesting Black First Land First (BLF) members were infuriated on Thursday, when they were not allowed access into the offices of the Public Protector.

“Thuli Madonsela actually undermines black people. She doesn’t take us seriously. All the time, she meets white people here. Now she has instructed security to lock us out because we’re black. The police cannot explain why we are waiting outside,” BLF leader, former Economic Freedom Fighters parliamentarian Andile Mngxitama addressed supporters at the locked entrance.

“These security guards have been instructed that when black people arrive, you shut them out. We’re not going to have any meeting or to hand our memorandum to anyone outside here. We have come to see the Public Protector Thuli Madonsela who has become a protector of white people.”

Earlier, Mngxitama said his organisation was marching to the office of Madonsela because she had refused to investigate a report alleging that R26 billion was siphoned out of the Reserve Bank during apartheid.

“Before we take the land, we need to have that money. Thuli Madonsela doesn’t want to give us our money. That is our money stolen by white people from the Reserve Bank. That R26 billion belongs to all of you,” said Mngxitama.

“That is the money for free education. We’re saying Thuli Madonsela can investigate government or the Guptas, but whites in this country must also be investigated.”

BLF deputy national convenor Zandile Lwana said Madonsela had had a dismal performance in her seven-year non-renewable tenure which expires this month.