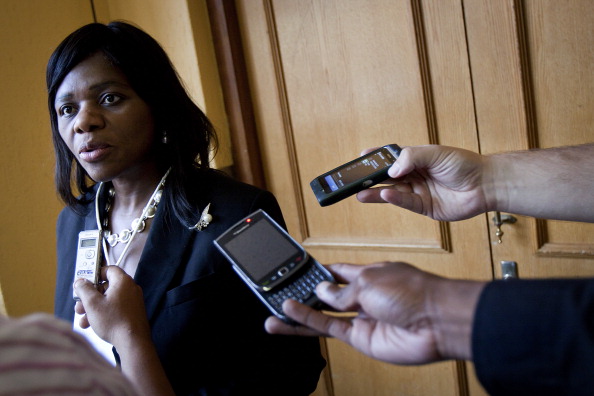 Public Protector Thuli Madonsela will respond to the security clusters statement on her preliminary report on Nkandla on Monday.

Deputy Public Protector Kevin Malunga discussed challenges and successes of the institution characterising the term as being "more good than bad".

Malunga reaffirmed the institution's dedication to democracy and its commitment to the constitution.

He welcomed the incoming Public Protector Advocate Busisiwe Mkhwebane and complimented Madonsela on her term.

Madonsela presented the last batch of five reports under her signature.

She called her term "an epic journey that was made possible by the spirit of the team; a team that is ethical, purposeful, impactful and committed" and read a letter showing appreciation and thanks to the public protector's team.

Madonsela presented reports on business hijacking, whistleblowing in the real estate sector; delays in processing and application of ill-health leave; citizenship applications and safety and security in Kliplands hostel.

#Madonsela reminds us while big issues are important, the 5 reports she released affect ordinary people in SA & are thus NB for democracy.

The public protector explained the delay regarding an investigation into schemes through which government money was allegedly paid to off-shore bank accounts, illegally, in the dying years of apartheid.

Madonsela fielded questions regarding her delayed release of a report into allegations of state capture by the Gupta family, friends of President Jacob Zuma.

A court application by Zuma had obliged Madonsela to delay the release of the report that had been due on Friday. The court will hear Zuma's case on Tuesday for more time to review details and question witnesses.

Madonsela refused to discuss the report saying it is 'good [legal] practise' not to release report even if 'application to interdict' is not an interdict."

She stated that she has lodged the report into allegations of state capture with the Speaker of Parliament for safe-keeping until such time when it will be presented by her successor.

#Madonsela at pains to manoeuvre through the ethical minefield & legal sensitivities in her responses to questions.

"Our greatest glory has come when we've helped those who could not be helped by the courts or any other structure to vindicate their rights, to restore their dignity and restore their hope in working within the system," Madonsela disputed the view that the legacy of her office was the Nkandla report and the subsequent Constitutional Court ruling that the recommendations made by the Public Protector are binding.

Madonsela iterated her plans to write a book while on sabbatical in 2017 while remaining committed to social justice and constitutionalism. She had one statement for her successor, ending by saying, "I'm out."

Advocate Louisa Zondo, CEO of the Office of the Public Protector, thanked Madonsela for her service and restated the office's commitment to South Africa while ending the briefing.