Time for 'gold rush mentality' is over says, Vancouver mayor 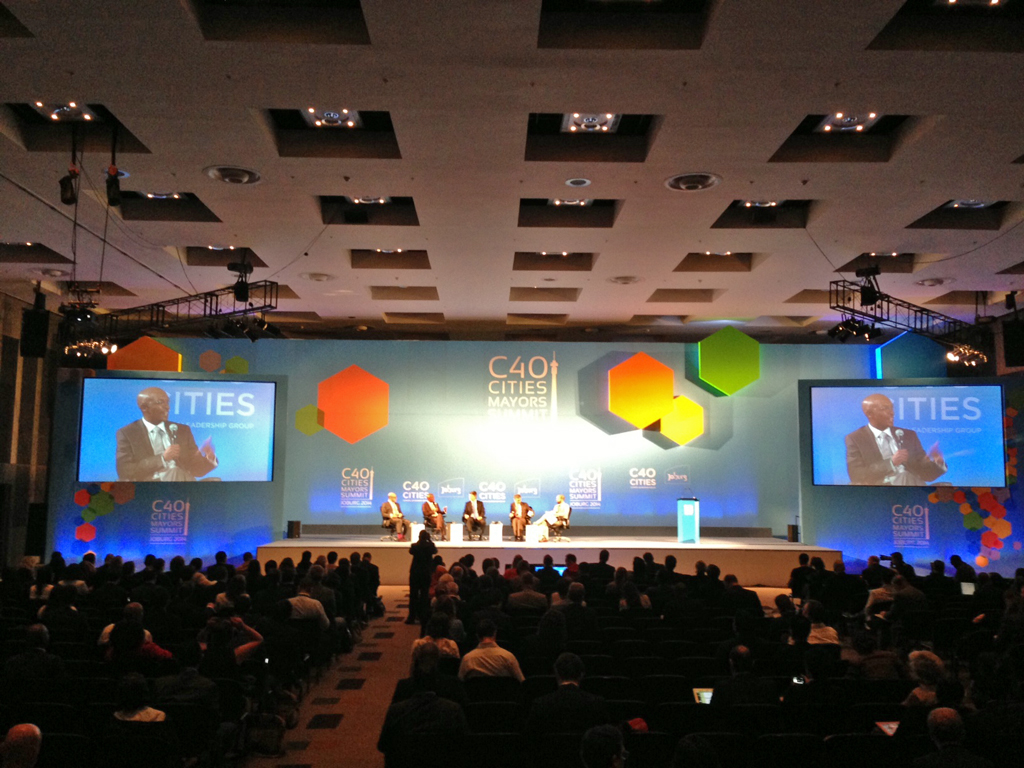 Mayors from around the world gather to discuss urban solutions to the climate crisis at the C40 Summit in Johannesburg.

JOHANNESBURG - Mayors from around the world were hosted by Johannesburg Mayor Parks Tau at the C40 Cities Summit held in Sandton over the past week.

In a number of plenary sessions and break-away meetings discussions centred around finding urban solutions to the climate crisis.

As the summit came to a close, Tau and Cabinet Minister Trevor Manuel participated in a session called Healthier, Wealthier Cities: Linking Growth, Prosperity and Livability.

Gregor Robertson, mayor of Vancouver in Canada, also participated in the session.

Vancouver was named the third most livable city in the world in a study done by The Economist.

The study measures cities&39; infrastructure, stability and crime rates and culture and environment.

Vancouver, like Johannesburg, also has its roots in gold mining and Robertson says that while minerals are a part of our everyday life, economic growth needs to be balanced with environmental sustainability.

"We can’t despoil our planet in some almighty quest for jobs then we have no quality of life. There’s no point to that, we need to think about next generations," he said.

Robertson told eNCA.com that the time of the "gold rush mentatlity" must come to an end.

"Our cities (Johannesburg and Vancouver) were both created on that momentum of gold rush. The massive growth of our populations, that’s not a long term sustainable path to carry on this way."

He concluded that while mining is an important element of our economy contributing to our success, a balance between economy, environment and community must be found.