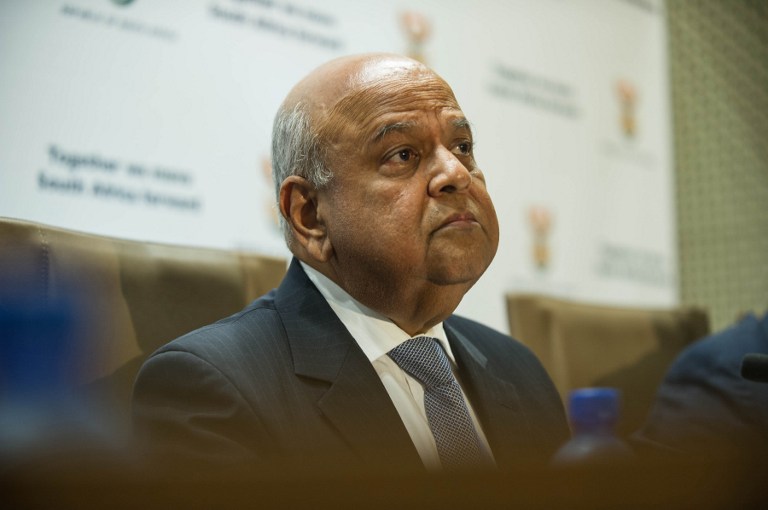 Finance Minister Pravin Gordhan has been on a charm offensive in the UK and US, trying to coax investors into ploughing money into South Africa.

JOHANNESBURG - The high stakes battle between Finance Minister Pravin Gordhan and the Hawks has dominated headlines for much of 2016, expect for a few months leading up to the elections when all sides went quiet.

Back in February a letter to Gordhan from the Hawks was leaked to the media. The letter, issued to Gordhan just days before he was set to deliver the 2016 budget speech, requested the minister to answer 27 questions regarding his involvement in the establishment of the so-called rogue-unit within Sars during his time as head of the organisation.

Six months later, the Hawks have now requested Gordhan to appear at their offices in Pretoria on Thursday to complete a warning statement, something that is usually done before an arrest is issued. However, he is refusing to do so.

To catch up on the Sars wars, explore the interactive timelime below to catch up on every moment of another South African real-life political drama.

What is the so-called rogue unit?

Established in 2007, the Special Projects Unit was set up by then deputy Sars commissioner Ivan Pillay, run by former Group executive Johann van Loggerenberg, with Pravin Gordhan as head of the revenue service.

Its mandate: to investigate organised crime and illicit trading; but in early 2015, a Sunday Times report alleged it was operating illegally, spying on the President and even running a brothel.

The newspaper has since been ordered by the press ombudsman to withdraw that story. Meanwhile, the unit was disbanded in April 2015, by current Sars commissioner Tom Moyane.

It also emerged that several people have left or face suspension since Moyane took over at Sars, among them Gorhdan allies, including Pillay and van Loggerenberg.

Tension has been brewing between Gordhan and Moyane - since the former returned to the Treasury.

Moyane has ignored the finance minister’s directive to halt restructuring plans at the revenue service - the minister calling him defiant.

The so-called rogue unit is now being probed by the Hawks.

Gordhan learnt of the investigations just days before delivering his budget speech in February.

He maintains the unit was legally constituted, approved at ministerial level and had great success in its work.