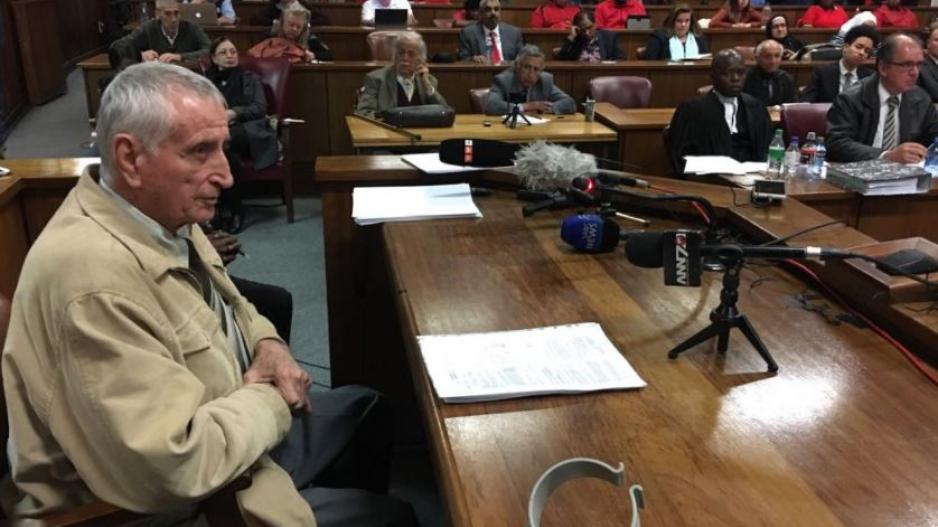 Joao Rodrigues served in the security branch of the apartheid regime and was guarding Ahmed Timol when he plunged to his death.

PRETORIA - A policeman present when an anti-apartheid operative plunged to his death more than 40 years ago insisted on Monday that the victim had jumped to his death.

But the judge hearing the inquest into the death of Ahmed Timol warned him that he could face prosecution based on the court's findings and his evidence.

Joao Rodrigues served in the security branch of the apartheid regime and was guarding Timol when he plunged to his death from a Johannesburg police station window in 1971.

Rodrigues only gave evidence to the court after his own daughter revealed his whereabouts to the family of Timol.

She gave him up after hearing about their campaign for a fresh probe into his death, Timol's family told AFP before Monday's hearing.

At the inquest, Rodrigues, now 78, insisted he had seen Timol jump through a window.

"It all happened in a split second," he told the court. "I wanted to stop him but the chair I was sitting on was in the way. I lost my balance and fell.

"I saw him opening the window and saw him diving through that window."

"I got up and saw a body lying on the ground below. I screamed 'Timol has jumped'," said Rodrigues.

"I had tried my best, I moved as fast as possible but I couldn't reach him before he was through the window."

Rodrigues said that he was pressured by senior colleagues to write an untrue statement following the incident claiming that he had first fought with Timol.

"I never touched Timol," said Rodrigues who resigned after the initial inquest.

"I realised there would be no future in the police or any promotions."

Timol, a 29-year-old communist volunteer, was arrested in Johannesburg in October 1971 and after five days in detention died after plummeting from the 10th-floor window.

The 1972 inquest found that Timol had taken his own life.

But that verdict is being re-examined after a campaign led by his family who have always insisted that he was pushed by police.

But following their high-profile campaign for information including court action, protests, exhibitions and a book on the incident, his daughter contacted them.

"She was inspired that we were still looking for answers," Timol's nephew Imtiaz Cajee told AFP Monday ahead of Rodrigues' evidence to the inquest.

"The last line of her email said she hoped we'd find closure. This is what we'd wanted for all these years. She's helping us out -- we were surprised."

Cajee's account of how Rodrigues was revealed to be alive and was located so that he could be ordered to attend Monday's proceedings in Pretoria was confirmed by a source close to the police.

Cajee said that the testimony of Rodrigues, who claimed to have been only a pay clerk passing through police headquarters at the time of the death, added a new dimension to the inquest.

"We never thought we'd get Rodrigues. He was the last person in the room with my uncle. We were lucky when this email came," he said.

Timol's brother Mohammad, who was in court, also called the email from Rodrigues' daughter a "very big development".

"He stands by his story that Timol jumped even though the pathologist said he bore signs of torture and a trajectory expert said there is no way he jumped."

The judge in the case, Billy Mothle, warned Els and Rodrigues that they could face prosecution based on the inquest's findings and their evidence to the court.